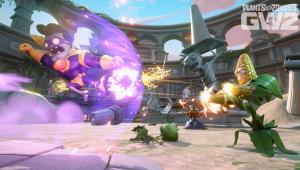 Items:
Remember that items offer extra attack opportunities and defensive capabilities and plenty of times can be the difference between winning and losing a match.

Sticker Packs:
Although it is tempting to purchase the sticker packs that give you a brand new character you must remember that doing so means you will miss out on getting the useful item and customisation stickers.

Turf Takeover:
This mulitplayer mode involves one team of twelve invading another team of twelve which is tasked with defending against them. This mode can be particularly fruitful especially if you manage to be placed on the invading team where at the end of a round you could see your character leveled up 2-3 times and have a purse of 20,000 coins.

Upgrading:
Characters are upgraded by promoting them when they have reached level 10, this is done by entering their corresponding hall of record (located at their bases) and then finding the character you want to upgrade. When you have found the character just select the 'Promote' option to complete the procedure.

Promoting Characters:
Whenever a character reaches level 10 you will be able to promote them. Promoting a character resets that characters level and unlocks a new plaque which gives you the opportunity to earn more perks. Your Player Rank is directly tied to the levels of your characters so in order to keep earning levels you need to promote characters.

Test Run Characters:
It is advised when you first start the game to test run each of the 14 available characters to see which one you're most comfortable with on each side. Doing this will will also benefit your teammates as it will enable you to support them to the best of your ability.

Import Characters:
You can import almost all your characters from the original game as long as you use the same EA account. To do this interact with the mailbox at your base and find the message regarding imports. Then just press 'Y' on your Xbox controller.

Billboard Quests:
Consider doing the quests on the billoard at your base as non are difficult to complete and each offers great rewards.

Billboard Pins:
Each 5 billboard pins you collect will increase the XP multiplier for all of your characters. This makes collecting the billboard pins worth doing with over 100 characters to level up.

Explore Backyard Battleground:
Make sure you explore the different areas of the hub world as they each have secrets to find and chests to open. Places to search include docks, parks, buildings, sewers, and caves.

Battle for the garden
Awesome 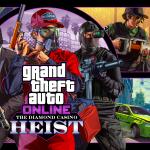