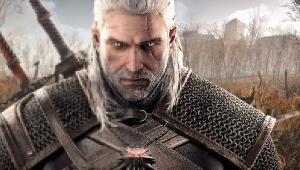 NVIDIA and AMD are once again exchanging blows for yet another in-game hair strand.

This time around, AMD is accusing NVIDIA of intentionally crippling The Witcher 3's performance on AMD graphics cards. More specifically, AMD refers to the HairWorks feature which makes hair and beards more realistic but causes up to 50% drop in frame rate when enabled on AMD cards.

AMD claims that it was not able to optimize its Radeon graphics drivers for the tessellated hair because NVIDIA prohibited game developers from sharing its code with AMD.

"We've been working with CD Projeckt Red from the beginning. We've been giving them detailed feedback all the way through," said AMD's chief gaming scientist Richard Huddy. "Around two months before release, or thereabouts, the GameWorks code arrived with HairWorks, and it completely sabotaged our performance as far as we're concerned. We were running well before that...it's wrecked our performance, almost as if it was put in to achieve that goal."

On the other side, NVIDIA's Brian Burke shrugged off AMD's accusations as corporate failure excuses.

"We are not asking game developers do anything unethical.

GameWorks improves the visual quality of games running on GeForce for our customers. It does not impair performance on competing hardware.

Demanding source code access to all our cool technology is an attempt to deflect their performance issues. Giving away your IP, your source code, is uncommon for anyone in the industry, including middleware providers and game developers. Most of the time we optimize games based on binary builds, not source code.

GameWorks licenses follow standard industry practice. GameWorks source code is provided to developers that request it under license, but they can’t redistribute our source code to anyone who does not have a license.

The bottom line is AMD’s tessellation performance is not very good and there is not a lot NVIDIA can/should do about it. Using DX11 tessellation has sound technical reasoning behind it, it helps to keep the GPU memory footprint small so multiple characters can use hair and fur at the same time.

I believe it is a resource issue. NVIDIA spent a lot of artist and engineering resources to help make Witcher 3 better. I would assume that AMD could have done the same thing because our agreements with developers don’t prevent them from working with other IHVs. (See also, Project Cars) 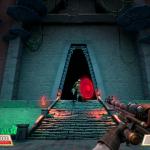 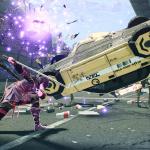