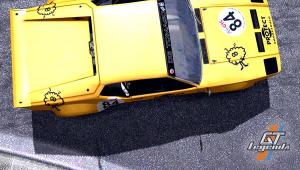 17 August 2005: The racing game-highlight "GT Legends" of this coming autumn is for the first time presented to the general public on the Games Convention in Germany. Publisher 10TACLE STUDIOS AG as well as the developer SimBin grasp this opportunity to present the game to all of those who are unable to visit them on the GC. From today on, the official demo version of the game can be downloaded from the home page! The new graphics engine is quite impressive, not only because of the latest shader effects and complete DirectX 9 support but also due to a dynamic light system. The cars as well as the circuits are fascinating due to their detailed modell and this way a unique race atmosphere is created.

On the two circuits in Dijon the first three of more than 90 different touring cars from the great era of motor sports can be taken on test runs. The Corvette is one of the most popular cars of the historic FIA Championship. The Chevrolet Small-Block V8 engine in particular proves its power on the straights. A very strong competitor is the Jaguar XKE, this powerful machine can accelerate very well in bends thanks to its light aluminium chassis. The perfect package between roaring horse powers and slightly prancing handling is found in the Lotus Elan with it 160 HP. With this car nobody has to fear the competitors, except on long straights.

GT Legends is the ultimate historic racing simulation bringing back the legendary spirit of the 60s and 70s. From the famous Mini Cooper to the muscular Corvette Stingray and fire breathing BMW CSL, GT Legends is the first game featuring all the legends of classic car racing. In decades past, these mythical machines regularly met in fierce combat on racetracks across the world. This was the time when racecars were nasty, super-powered brutes. It took no less than fearless manhandling and wit to survive the hard wheel to wheel racing that define their era.

Their moment of glory has since passed, to be found only in the pages of motor sports history and legend, until now. Recently the FIA decided to bring these machines back to the international racing scene and a new generation can experience these legendary cars once again. Enter the FIA GTC-TC European series for historic GT and Touring cars. Coming to an international racing venue near you, the FIA GTC-TC series features massive fields of classic GTs and Touring cars being raced in wheel-to-wheel combat with incredible levels of fervor and action.

Race and collect over ninety legendary GT and Touring cars of the 60s and 70s across some of Europe's most challenging and famous circuits. Enter cup challenges and build up your garage of amazing classic competition machines. Race your hard-earned collectables in online competitions and show off your latest unlocked rides. Only the best drivers get to drive the fastest and most desirable cars!

Power sliding action is the name of the game here; get ready to burn some rubber!

The demo version gives you the chance to drive one of three FIA GTC-65 class cars (see below) against up to 10 computer controlled opponents, at the famous Dijon circuit (including two different layouts).

Please note that this is a work-in-progress demo and may not exactly reflect the features or quality of the final product.

If you are concerned about StarForce protection drivers being installed on your system, you may wish to use sfp.exe in the game's root directory.

Run GTLDemo.exe to install the demo.
You need to have administrator rights to install GT Legends on Microsoft Windows 2000/XP Professional/XP Home Edition.

After installing the game, you will be prompted to set up basic graphic options using the GTLConfig program. The game can then be launched and you will create your player profile - enter your name and configure your game controller and other game play options (pay special attention to the settings which affect performance - see the "Maximizing Game Performance" section below). From there you can select the single race option, pick your car, track and number of opponents, and get racing!

If GTL fails to start, try changing the "Shader Level" setting in GTLConfig. Some graphics cards report incorrect information for the level they can support, and so the default "Auto" option can cause problems; this is especially common in integrated graphics chipsets such as those found in notebooks.

If you are still having problems, try updating your graphics card, sound card and motherboard drivers from the relevant web sites, for example:

After changing/updating your video card drivers, or changing your monitor, you must run GTLConfig again.

Here are some suggestions to maximize your racing experience with the computer you are using:

Adjust settings on your PC.

The GT Legends Demo contains three cars from the FIA GTC-65 class: a Chevrolet Corvette, a Lotus Elan, and a Jaguar E-Type Lightweight.

Classic American Iron. It's easy to see why this is a favorite car in the FiA GTC-TC vintage race series. With its legendary Chevy small-block V-8 engine, it drives predictably, transmitting a sense of confidence in its handling. In order to take this car to maximum speed, it must be pushed into a slide in most corners. It will rotate around its center, which makes it easy to balance with the throttle. The technique is to enter the corner fast enough to get its tail out almost immediately - feeding the throttle as you turn in. Back the throttle off just enough to keep a slight sideways attitude past the apex. When the exit is in sight, you can increase throttle to sway the rear end out just a bit further and safely balance the car to the exit. Tight corners use much less throttle and more pure steering. It is fairly nimble for a heavy car as its near 50/50 weight balance, low center of gravity, and fully independent suspension allow the Corvette to be handled sports car like.

This is the factory built "Lightweight" with an all aluminum body. It's got a perfect balance of handling vs. power and is easy to drive fast. The venerable Jaguar 3.8L straight 6's ample amounts of low-end torque make this car good on the corner exits. As the car slides quite nicely, a driving style promoting this behavior will ensure the Jaguar's competitiveness against the Corvette. This car easily adapts to your driving style.

Take the good parts of the Elite, make it even lighter, and add a 160HP Lotus Ford Cortina engine and you've got the nearly unbeatable combination of the Lotus Elan 26R. This car can win at any track only showing weakness where the straights are long. It has all the traits of a pure racecar and its incredible light weight and slick aerodynamics make it another easy ride. The driver only needs to pay attention to the throttle in the slow corners, as there is enough power to destabilize the car - however, it is very easy to recover. There are no tricks to driving it, just point it where you want to go. Watch out for high-speed turns like the top of Spa's Eau Rouge as the speed you carry up there can make this light car lift off its tires.

=================
GT Legends © 2005 10TACLE STUDIOS AG. Produced and licensed by AAA Capital Game Fund No.1. All rights reserved. Under the official license of FIA-GTC-TC Secretariat Germany. All other trademarks are property of their respective owners.

Unauthorized copying, adaptation, rental, lending, re-sale, arcade use, charging for the use of, broadcast, cable transmission, public performance, distribution, extracting, decompiling, disassembling or reverse-engineering of this product or any other trademark or copyright work that forms part of this product is prohibited.

oh burn first post!this game is sweet, it kinda hard to control tho

WHAT KINDA BURN? u know......u should allways go get thouse checked out right away.......well I played and it looks the s**t I must say.....this was after 5 mins of play ill get back after I run over it......peace and greace

it kinda hard to control

Umm ya thanks for at least trying to give it some review. From what i read u guys say its good so ill give it a try.

Not bad reminds me of Porche Unleased

dont bother downloading this demo....it reboots my pc every time i try and load the f**king thing.i was willing to give it a try, but if they cant even code a demo right, then they dont deserve my money

Great demo but still use Starforce to protect it! Shame on SimBin.Same feeling as GTR but with older cars.

if it looks like porsche unleashead... i´m gona try it...

i want the video games

i swear to god!!!! this game really sucks!! first of all the graphics totally sucks.. and the controlls suck aswell i tried keyboard sucks! gamepad sucks aswell! if anyone even bothers to buy this game i really think you would have better of using your money on an aids infested *****!i pitty the fools who like this game.. youll all burn in hell

i want to say that this game is good enough but it takes more time to download......Deamn why dont you update this think??

Fantastic game. All who whine about poor control......step back and think for a moment. This is NOT an arcade racer. This is NOT Need for Speed X. This is a faithful recreation of 60s and 70s race cars. If it's too tough to handle, go play Need for Speed Hot Underground Midnight Outlaw Pursuit III. For those with reboot/crash problems, make certain that you have the latest video drivers for your card, and avoid and 'headlight' or track light settings (ie race in the daylight)All in all, I'd say this will be the best race sim release on the PC to date. Whooowee!

I'd love to see these cars, but the Demo reboots the system the minute I try to start it. I have updated all the drivers and directx.What next?Anyone?Please?

I'd love to see these cars, but the...Get a new power supply, the game will max your whole system, which in turn eats alot more power---trust get a 450watt+ and you'll be rocking...no more unwanted rebooting ever again :)!!!-If it was the game you would get blue screen or lockup-If it was your Ram it would freeze, lockup, or blue screen.-power issues will reboot your puter. 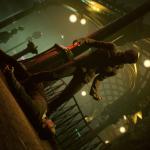 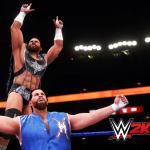 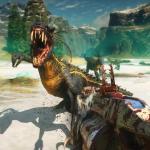 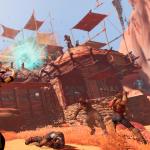