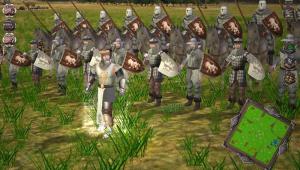 This is the second Highland Warriors demo, and it allows you to play a couple single-players missions from the Mackay and Cameron clans.

In the year of our lord 843, the first king of Scotland, Kenneth McAlpin, united the lands of the Picts and Scots to form the Kingdom of Alba. 400 years later Edward I, also known as the "Hammer of the Scots" engulfed the land in a great feud. It was not long before Edward I controlled most of Scotland. The Scots, led by William Wallace and Robert the Bruce, are left to fight what seems to be a futile war for freedom. This is the time when legends are born ....

Highland Warriors is a new 3D real-time strategy game scheduled for release in the fall of 2002. The game brings players to the center of the great feuds between the Scottish clans and England from the beginning of Scotland in 843 A.D. to the battlefields of William Wallace in the 14th century. Heres the offical press release of the game:

Players control one of four nations including the Highlanders, the English, the Mystique and the Merchants clans, in over 30 single-player missions. Players also can create an infinite number of multiplayer missions using the game's map editor and battle units. The units all have their own specialties and earn experience points for being battle tested. All of the characters, such as archers, peasants and woodcutters, can be upgraded to different experience levels based on their activities.
Each clan has different characters with knowledge, abilities and strengths according to their corresponding power base, which is determined by commerce, diplomacy and war. Highland Warriors also has a complex economic system with master craftsman and five different types of resources, with free trading taking place behind the scenes.

well i got the full version from the video pawn around the corner ... and it sucks.don't buy it, if you wanna do yourself anything good.keep playing warcraft3 or if you like it epic take aoe2 still much better than this crapcheers

I want to try it out. 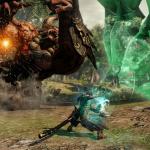