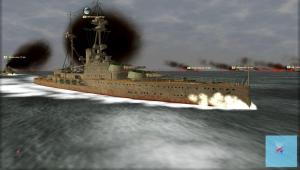 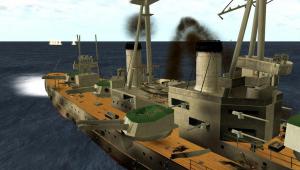 UTLAND pushes the envelope of the real time 3D military Naval Game simulations with the most realistic True Physics Ballistics ever created in a commercial wargame. Every shell fired is physically introduced into the 3D Battle-Space, where it follows a true-to-life trajectory all the way to the target. If the shell actually hits the target in the 3D world, it must then penetrate the armor of the ship’s hull, deck, or turret based on the thickness at the polygon impact point!

Rendering ships out to 36,000 meters is totally unheard in naval gaming today, yet JUTLAND delivers it with ease. Add that to a plethora of new features, JUTLAND is destined to become the new standard for 3D Real time Naval Gaming!

JUTLAND packs all of the essential features you would expect from Norm Koger & Jim Rose, the team that brought you Award Winning games since 1988 including Stellar Crusade, King Maker, The Age of Rifles, West Front, Age of Sail, and The Operational Art of War, just to name a few!