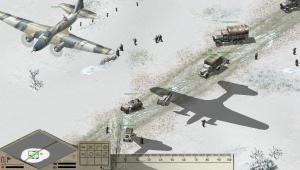 "Stalingrad" is a historical military realtime strategy game created by DTF Games. It is based upon one of the pitched battles of World War II, the Battle of Stalingrad. The game is built with the modified version of the engine used in strategy title "Blitzkrieg", which was created by Nival Interactive.

The plot of the game unfolds during the period of July 1942 - January 1943 and tells the story of one of the most dramatic episodes of World War II. Featuring two detailed campaigns, "Stalingrad" will let the player take command over Wehrmacht and lead the German forces into the city, then switch to the Red Army and liberate the Soviet stronghold from the occupants and obliterate the 6th Army under the command of Gen. Paulus. In contrast to many other RTS games out there, each mission in "Stalingrad" is created with historical authenticity in mind and with reference to the actual place and time to real events that took place during the war. Besides, the missions are created in such a way that campaigns give an authentic picture of events at the theatre of war operations.

The Battle of Stalingrad became the turning point of World War II and one of the largest battles in the Eastern Front. Combat operations were spread over the territory of more than 100 sq. kilometers large, with over 2 million people involved in separate episodes on both sides. During the Battle of Stalingrad, which took place over 50 years ago, everything was put at stake. Historians believe that in 1942, the Battle of Stalingrad was the decisive point for all humankind, since the outcome of it meant victory or death for Wehrmacht. However, the city of Stalingrad turned into the tomb for the 6th Army of Wehrmacht and a symbol of failed hopes of world domination for the Third Reich.

For the Red Army, on the other hand, Stalingrad was a boot camp. Our forces went through the bitter defeats and retreats to the victory in one of the biggest combat operations of all times. Strategic scenario was unfortunate for us because of anti-aircraft ant anti-tank artillery shortage, and some divisions were low on ammo. Divisions sent by the General Staff reserve had no combat experience, others were tired out in previous battles. Open plains allowed the enemy aviation to strike hard at the Soviet troops, causing bitter losses and damages. Vanguard battles preceded heavy defensive fights, in which the military academy cadets participated. Just out of military schools, young officers went into assault alongside the rookies.

The Battle of Stalingrad provokes interest even today, and it is still a matter of heated debates. The city of Stalingrad will remain in the memory of humankind as the symbol of bitterness and suffering, and also as the place of great courage. In "Stalingrad", we plan to implement an accurate step-by-step replay of this battle and let the players feel like they are participating in the Battle of the Volga, which took place over 50 years ago. The title will be an interactive encyclopedia of the battle, a documentary directed by the player. Real events that took place in Stalingrad back in 1942, little-known historical facts and two accurate interconnected campaigns for the Germans and the Soviets, that's what DTF Games is aiming for.'

"Stalingrad" will be published in Russia, CIS and Baltic States by "1C". The game is slated for Q4 2004 release.

looks sweet. Reminds me of Panzers

Has anyone played it yet?

its, ok, but its kinda old looking. something a little diffrent from all the other games out there, and we could always use some individuality.the game is ok, but iwouldnt buy it

You can compare doom3 with this game. It's all about intensity and atmosphere. I agree doom3 looks better... in fact, i think doom3 is the best graphical engine ever made. whoever wrote it is a demi-sex-god......oh wait, that would be me... d@mn i'm good

This looks exactly like Blizkrieg. which is good since that is a really good game

this game appears to have used the half life 2 engine

doom 3 has really pathetic gfx in my opinion, but then again nobody really cares...If u visit the main site it says its based off a modified version of the blitzkrieg engine (hence answering below comment) and i didnt like that game very much, just cant find the feel of a strategy game unless u have bases...and u dont look at gfx in an rts game for the *** who started that up, u only look at if its 3d or not to me lol

you CAN'T compare Doom 3 with this game. This game is RTS and Doom is FPS. It's like comparing butter with lamps. But I guess you do that as well...

actually i'm looking for a butter lamp. any ideas?

This game is mediocre. It uses sprites and 2D images. i highly recommend Panzers instead of this.

Why does almost every comment thread on Megagames fall into the i like Doom 3/i dont like Doom 3, honestly you would think ppl are over it by now, and if you arent then dont yarn about it on user comments about other games. Its totally unrelated pplz.And i agree you cant compare FPS and RTS unless u get a game where u have to think strategiacally ala this game or Axis and Allies or Generals or _________(insert RTS name here) and then once u pick a fight u go into FPS mode and slug it out ala Call of Duty or Vietcong etc style.It has potential but it would come out really shithouse.

LOL...So funny. Post a Comnment..LOL....why r u discussing gfx engines from doom 3 and blablabla.....How do u like this game? Is it fun or just a copy? Nice effects? Good Strategy...hmm..hmmm? PLZ :)

so anyways back on topic... which is better doom 3 or half life 2?

hl2, no comparison at all. HL@ is funner, MUCH better plot, unlike doom3's plot which is worthless, and has an awsome multiplayer (hl2 deathmatch & CS:Source)

hey this be lizi am not the first person to post!!!!!!!!!!!! omg!!!!! so sweet. iwas about to ask amy to post a message but when she said no oneposted. i thought...nice a chance for me to be in the spot light.well i am downloading this game. i hope it's good. me and amywill take out all you guys. but i can only play for a few hours.kelly kapowski is calling me later. i am going to her house for a sleep over.daaamn...going to be great. i love her so much. amy wants to say something....hey it's me amy!!!! how's it going? i download most of liz's games for her. test them etc. it's fun.hey it's me liz again....well it's fun talking with you. we gotta go and play this game. looks good. amy says peace out...

Somehow looks like Command and Conquer Part One, can't help me, I am not really convinced.

This is a pretty good game...I wouldnt buy it though...As mentioned by others...its too much like panzers!..Anyways.. I just got Prince of Persia...will it work well with my specs?Athlon XP 1700+Radeon 9600 XT512 mbIm a bit worried about the processor...i know i couldnt run hitman 3 very well so thats why im asking

I am mahdi .go to hell

reminds me of Soldiers: Heroes of WWII...but it lacks the fun anyway..

Where is the free game demo?

whos seen the the miltary unites in this game

A heap of wheat, says the Song of Songsbut I've never seen wheat in a pile :)did you like it?

Look this grate site [url removed] It is really very interesting. It is full of the information you search for. 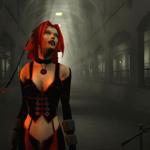 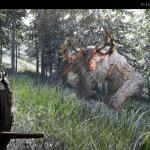