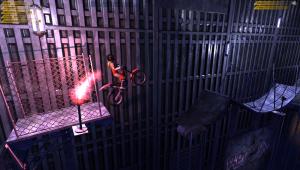 Trials 2 Second Edition installer is used for installing both demo and full version of the game.

After installing the game, select "Evaluate Demo" from the game activation dialog to run the demo version, or input your licensekey to activate the full version. The full version serial key can be bought from the RedLynx Store and is delivered to you via e-mail.

Perplexing, hilarious, and absolutely fearless voice-overs from truly bone-breaking Trials 2 riders: Brandon DiCamillo, Art Webb and Rake Yohn! These guys are famous not only from Jackass, Viva La Bam, movies and other shows, but they're also the founders of Gamecasa.net, a new network for expanding gaming culture to wider audiences. Better than anyone, they know what it takes to go over the limit, get hurt - and get right back up and try again!

Alongside the new languages, in-game chat is taken further: There are now team chats, separate chat channels for your own language and improved private messaging.

In addition, we have released 14 new downloadable tracks - for free! The game has now over 60 tracks to play. Better fasten that helmet, you're going to need it!