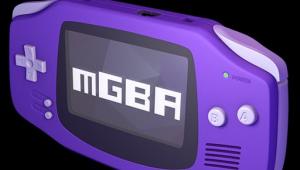 After a long dry spell, a new release of mGBA, version 0.5.0, is available. This is a major feature release, and includes, among other features, Game Boy and Game Boy Color support. There are other enhancements and bugfixes across the board, and an extensive list follows after the cut.

mGBA is a new generation of Game Boy Advance emulator. The project started in April 2013 with the goal of being fast enough to run on lower end hardware than other emulators support, without sacrificing accuracy or portability. Even in the initial version, games generally played without problems. mGBA has only gotten better since then, and now boasts being the most accurate GBA emulator around.

Other goals include accurate enough emulation to provide a development environment for
homebrew software, a good workflow for tool-assist runners, and a modern feature set for emulators that older emulators may not support.