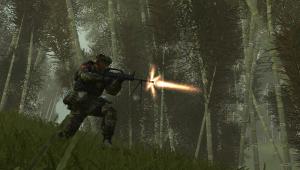 Loadscreen,installer and icon by Kidd
Installer pak by Tide

Hosted by
http://www.dies-world.com
Thanks to all the servers that run this mod

Special thanks to Cobra-BOM- at
http://www.blackopsmercenaries.us
for getting us past all those patches EA throws at us

Stop at the Mercenaries site at
http://www.mercenaries.dies-world.com/
post your comments and feed back there or dies-world or e mail hayabusa at
greenbudsmapediting@yahoo.com

Need a server or web hosting stop by
http://www.web-gamehosting.com/
thanks to
Skunk
DoNoHo
Tide

Mod testers..
WOODY
COBRA-BOM-
TIDE
anyone i might have missed..

Special thanks to all other sites that play and host this mod..

Thanks to "Homegrown" for his addition to the SP mapping community.

Hope you enjoy this mod..thanks for playing it

- Client Installation : Use the auto installer.

Pickup and semi were removed and will be in next release ..sorry for this..

Artillery (howitzers) ,air control towers,radar can be destroyed by more types of explosives

Some other small tweeks were done also but cant think of them all...

Remember you will have some CTD and other odd things when playing this game,coding and alot of other stuff is new and getting better every time you turn around..

Thanks again to all

and a special shout out to ziggy...mmmmmmmmbud

MAP CHANGES.........
- All origional BF2 singleplayer maps have had artillery removed from both sides
- Gulf of Oman map flag now takeable at construction site
- "some" maps have had spawn points reverse, so you start at the other end of the map
and fight back the other way now

Sharqi peninsula - attack heli replaced by blackhawk
Operation cleansweep - more boats added to U.S. side, 1 blackhawk heli added(2 total)
Fushe pass - startegic objects fixed (map now works in coop/singleplayer mode)
Songhua Stalemate- Well i am getting bored of origional maps so for a change i have taken this map and eliminated all vehicles and almost all the buildings and replaced them with trees...after singleplayer maps can be made this will be changed back to the origional,
no shadows have been redone so you may see old shadows from buildings..
16 player singleplayer/conquest..vehicles/buildings removed
32/64 player conquest...vehicles not removed

- All hand weapons are sighted in better
- Stamina increased
- Thanks to Codebasher for teaching me how to use a .bat installer.

first, now i go look what it is

This any good guys?

Where can i find it?