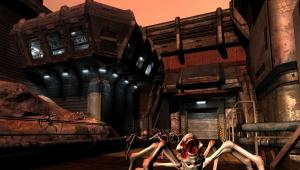 Please note that in-game console commands are not supported by Activision(R).

This update for Doom 3 addresses issues found in multiplayer and single player since release. A complete list of what we have fixed

and added is below. For future releases and more information about the game, please visit our web site: http://www.doom3.com

For additional technical help with Doom 3, please see the Help system that came with the game, or visit our web site:

A few notes about Vista:

We've tested Doom 3 and Quake 4 to run fine on Windows Vista, provided you have an OpenGL ICD installed (provided by your GPU vendor).

Both NVidia and AMD/ATI have released an OpenGL ICD in their latest driver line.

If no OpenGL ICD is present, the default OpenGL driver is a wrapper to D3D provided by Microsoft, which lacks the necessary features

to run id games with their full performance and graphical impact.

The install CDs (and DVDs) for Doom 3 and Quake 4 will install the game fine under Vista. The Quake 4 installer may require you to

install Flash Player first, and Vista may pop occasional warning windows but in the end you will get a working installation.

update. These modifications are not supported by Activision and may not be compatible with some of the new features that are included.

- Using this update will reset your progress in whatever map you are currently saved in. When loading a saved game, the player starts

at the begining of that map with their inventory intact.

- Using this update will reset the Nightmare skill setting. If you are playing in Nightmare mode before applying the 1.3 update, you

nightmare mode to show up as a selectable option.

Check. You can launch this with command line options or configure it through the console once launched. Just launch "Doom3Ded.exe".

manufacturer for details on whether or not your sound card supports EAX 4.0.
- Sound Blaster(R) Audigy(R) 2 users who wish to utilize the new EAX 4.0 feature in Doom 3 should download the latest Creative Beta

Drivers for the card released on April 5th, 2005. Not using these drivers may result in game instability while using EAX 4.0.
- Server provides .pk4 file download URLs (http/ftp), client has internal download.
- New class of .pk4 files: 'addon paks' are only referenced when the map is loaded in.
- .pk4 downloads and addon paks come with a number of fixes to the 'pure server mode' filesystem code.
- Fixed ragdoll bounciness.
- Fixed how Doom 3 detects LAN client vs. Internet clients.
- LZW compression of render demos.
- Fixed command line parameter passing.
- Added a QuakeIII-style graph of the connection quality for network clients
defaults off, enable with net_clientLagOMeter 1
displays a graph of how much the client predicts ahead of the server
note that you can change the minimum predict ahead of a client by setting net_clientPrediction

- Added UploadImage to idRenderSystem interface. This lets the user blit images to the renderer.
- Supports fs_game_base; this lets you base a mod off base game + d3xp + your own content.
- Most of the download redirection is handled in the game code, and can be extended.

ok so this patch is only for windows vista?

Its nice to see support but who the hell still plays this.

I DO. Maybe its not so much DOOM 3 but the fact that people want the latest patches for "Resurrection Evil". I have not played the expansion pack yet and would like to. So yeah there are still people that play. 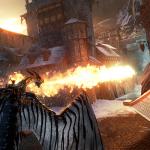