The Lord of the Rings Online: Shadows of Angmar retail patch book9 - book10 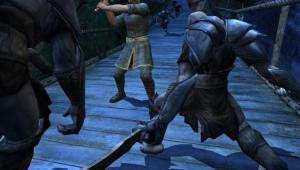 Download Details
Our players have often asked if there's a way to pre-patch while the servers are
down, or download a patch on a different computer and then transfer it to the
one their game is installed on via USB drive, CDR, etc.

We're please to offer a downloadable patch for Book 10! This patch will update
clients from Book 9 to Book 10. New players will still need to go through the
normal patching process - this patch will only work for those whose clients are
current as of today (August 16). It will not work for Roheryn.

The downloadable patch means you can download it and patch your client before
the update goes live on the servers, saving you time when they come back up. It
also means you can download the patch on a computer that you don't have LOTRO
installed on (i.e. your work computer), transfer the patch to a disk or device,
and then run it on the computer with a LOTRO client to update it.

Please note that this first version of the downloadable patch does not contain
movies (approximately 44Mb), and you'll still need to patch those through the
normal process - but if you've pre-patched already, you'll save yourself quite
a bit of time on patch day!

IMPORTANT NOTE: This file will ONLY patch the North America/AU/NZ version of
the LOTRO client. DO NOT apply this patch to a European client as it can
potentially corrupt your installation.

*
The Epic Continues! - Amarthiel, introduced in Book 9: Shores of Evendim,
has reclaimed the palantir of Carn Dûm and is now seeking to make Annúminas her
new seat of power as she searches for her lost ring of power: Narchuil. The
Dúnedain stands against her as the Rangers mount a last, desperate attempt to
wrest the palantir from Amarthiel. Before she can find Narchuil, a most
dangerous opportunity presents itself that may give the Dúnedain the advantage
they need to blind the eye of Angmar.
* Legendary Play - Once in the Ettenmoors, players can experience monster
play in a completely new way by spending their Destiny Points to play as a
powerful Ranger of the North or a terrible Troll to offer a strategic advantage
to their allies in the battle for control of the Ettenmoors.
* Critter Play - Friendly barnyard animals love squawking around the
landscape, exploring chicken coops, hunting for worms and more! Players can now
explore Middle-earth from a different - and sometimes unexpected - viewpoint as
a chicken, the first of many new playable critters that will be added to the
game in the future.
* New Reputation and Bartering Systems - Book 10 introduces the Reputation
and Bartering systems. The Reputation system enables players to earn positive
and negative standing with different races and groups in Middle-earth based on
both monster kills and quest completions. The Bartering system allows players
to trade trophies earned in battle for rewards such as armor sets or mounts.
* Over 100 New Quests - The story continues for players as they aid the
Fellowship and encounter new adventures, new dungeons and over a dozen new
monsters.
* Enhanced User Interface - The game's UI is now customizable. In addition
to being able to skin your UI with a unique look, Book 10 will enable players
to access sliders in their 'Options' panel to scale the size of individual
elements of the UI to their liking. 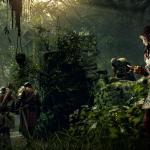