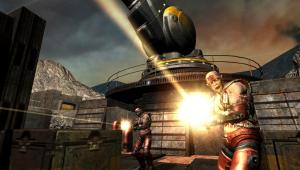 Please note that in-game console commands are not supported by
Activision(r).

This update for QUAKE 4 includes several new multiplayer maps, two new
game modes, and the new Napalm Gun. A complete list of changes and
additions is included below. For future updates and more information
about the game, please visit the official game website at
http://www.quake4game.com

In addition to a number of new changes and updates, this 1.3 Point
Release also includes the changes from point releases 1.0.4.0, beta
1.0.5.0, beta 1.0.5.2, and 1.2. If you have not previously updated
QUAKE 4, this update will bring your installation completely up to
date. If you have previously installed an earlier update, this update
can be installed over the earlier update(s) without problems - there
is no need to re-install previous updates or map packs released
through the id Software website. Doing so may adversely affect the
proper functionality of your installation.

If you require additional QUAKE 4 technical support, please see the
help system that is included with the game.

Due to the vast number of updates and new functionality in the 1.3
Point Release, mods will have to be updated to the 1.3 code by each
respective mod author in order to run correctly on the 1.3 version of
Quake 4. Information regarding mods and news related to the Quake 4
SDK can be found at http://www.iddevnet.com/quake4/Quake4SDK .
Activision does not provide any technical support for mods.

DeadZone is a brand new team-based multiplayer gametype. Players fight
over a limited number of DeadZone artifacts, then race to maintain
control of a central scoring zone designated by a scrolling white
border. Teams can accumulate points when one or more player from their
team is in the DeadZone carrying an artifact. If each team has one or
more players in the DeadZone with an artifact at the same time,
neither team will gain any points during this stalemate situation.
When an artifact is depleted, it returns to its initial spawn location
and is available for pick-up. If a player is killed while carrying an
artifact, it drops in that location and is again available. The first
team to reach the scoring limit wins.

Propels an incendiary plasma projectile that explodes and spreads on
impact. The dispersed plasma causes damage to any that touch it and
continues to burn for a short time.

Cavernous Cryonics (q4xctf6) -
These ice caverns were once home to the Makron, and facilitated the
preservation of barely living humans awaiting Stroggification. Now it
is a fast-paced proving ground that allows for skilled players to take
advantage of the many paths to either team's base. Cavernous Cryonics
is designed for small to medium CTF, Arena CTF, and DeadZone matches.

Central Industrial (q4xdm10) -
This tall and narrow structure has a central elliptical chamber that
runs the height of the building. Those who dare can take up sniping
positions along the chamber - but remember, if you can see one
opponent, all your opponents can probably see you. DeadZone adds a
small platform to the center of the map as its scoring area, but the
map can also be played in DM or TDM.

Warforged (q4xdm11) -
Built into a Stroggos crater wall, this open three-level structure
requires quick reflexes and constant movement. Use the jump pads and
teleporters to gain an advantage, and try to avoid falling into a
predictable path. Warforged is ideal for larger DM, TDM, and DeadZone
battles.

Stroyent Red (q4xdm13) -
This abandoned outpost is surrounded by the empty void of space. Be
prepared for harrowing chases, and watch your step as the narrow paths
and exposed jump pads can lead to certain death. Stroyent Red is best
for DM, TDM, and DeadZone matches.

Retrophobopolis (q4xdm14) -
This QUAKE(r) classic has been updated and rebuilt for Quake 4
multiplayer, but it maintains its claustrophobic corridors and trap
filled rooms. There are moving floors, lava pits, and hidden portals
all around - if you're not careful, you'll be the next victim.
Retrophobopolis is suitable for Deathmatch, Team Deathmatch, and
DeadZone gameplay.

Firewall (q4xdm15) -
Red sand and rust set the tone within this former Strogg vehicle
construction facility. A multi-level structure, you'll have to look
high and low for your enemies - there are tons of ways to get around
and plenty of places to hide. DeadZone focuses your efforts on the
central platform, but DM and TDM will have you moving through the many
paths to stay alive.

Stroggenomenon (q4xtourney1) -
A small, tourney focused level, Stroggenomenon funnels you through a
series of hallways and passages that will keep you guessing where your
opponent is. Steer clear of the dead end if you're being followed, and
utilize the jump pad for a quicker path through the arena. This map is
ideal for Tourney, DM and TDM matches.

Verticon (q4xtourney2) -
Verticon will have you seeking higher ground. The Railgun and armor
positions force players to sharpen their vertical combat skills, as
these key items leave you exposed and without much room to dodge enemy
fire. Verticon is designed for DM and TDM matches but is particularly
suited for fast-paced Tourney matches.

The Quake 4 "Buy Mode" is a server option that can be enabled with any
gametype and any arena. The key features of the Buy Mode are:

* Instead of picking up weapons, ammo or armor placed in the map,
all items will need to be purchased with credits.
* You can always earn credits by fragging your opponents. You can
also earn credits by supporting your team in CTF and DeadZone
matches. Capture flags, defend you flag, or help control the
DeadZone and watch your credits increase.
* Supported by the following gametypes: DM, TDM, CTF, Arena CTF and
Deadzone.
* The server must enable the "Allow Buying" option in the Advanced
Server Options menu.
* The Buy Menu is automatically bound to the B key, but if that key
is already in use, you will need to bind a key to the Buy Menu in
the Controls - Weapons Configuration menu.
* You can purchase:
+ Any weapon in the game... if you have enough credits.
+ You can also buy Team effects such as Health Regeneration,
Damage Boost, and Ammo Regeneration. Buying any of these
powerups will provide you and your teammates with the effect
for a limited time.
+ Ammo Refill - this item refills all weapons in your inventory
at the time of purchase.
+ Light Armor - Yellow armor
+ Heavy Armor - Red armor

General:
* Added a single ambient light option. Use r_forceAmbient with a
value ranging from 0 to 1.
* Multiplayer weapon damage and movement values have been adjusted.
* The player will now respawn based on his/her last combatant's
location.
* Shotgun hit sounds will no longer drop.
* The game no longer has to be relaunched to access more than 4
netdemos.
* The wrong icon will no longer appear for certain clients after a
team shuffle.
* Spawn auto-complete in the RCON window will no longer crash.
* Voting for Team DM and certain maps will no longer load the wrong
map.
* The Apply Changes button in the Options menu has been removed.
* A crash will no longer occur in Tourney if a finalist disconnects.
* A player's name will no longer change to that of the player in the
demo if a NetDemo is played.
* Time Limit Hit will no longer be displayed in the wrong
circumstances.

is this worth reinstalling the game again?

is this worth a ham and cheese toasty?

Regardless of what verbal backlash this question may or may not get: Any plans on a Linux patch release for Quake 4? 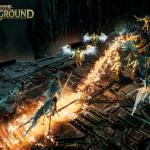 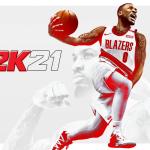