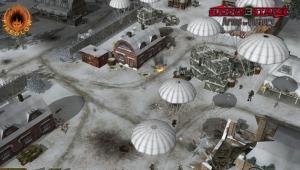 * Paratroopers. (News and screenshots)
* Ambushes in houses. When AI firing is OFF for soldiers in a house, it will be shown as neutral for enemies until an enemy will try to occupied the building.
* Some tanks can carry up to 6 soldiers on them. (News and screenshots)
* Tank commanders can prop their heads out of the hatch to increase the range of sight. Though it makes them more vulnerable.
* Machineguns and mortars can be loaded in trucks.

* New damage system. (News and video about new damage model)
* Original missions are reworked to bring replayability.
* Checked and corrected units' stats, such as tower rotation speed, rate of fire, number of crew and ammunition to make them proper from the historical point of view.

* Fireglow own matchmaking service SuddenStrikeNet. Finding network games is way easier now!
* Added new options for multiplayer games:
"Random color" - setting this option "ON" prevents all players from changing their color. The colors will be assigned automatically, with red, yellow, brown and orange colors go to the red team while all others - to the blue one.
"Capture time" - flags capture time
"Capture period" - periodical reinforcements' interval.
"Disable howitzers" - disables howitzers in reinforcements.

* Improved Follow and Board commands.
* Visualization for harrisons and passengers.

* Winter landscapes have been added. (News and screenshots)
* New cursors mode and other minor improvements in GUI.

* Score calculation has been improved. 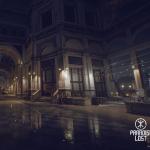