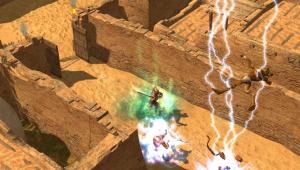 *** If you have supported hardware but cannot start the game due to a failed compatibility check, you will need to download the stand-alone patch and install it (save to disk, then double-click to execute). Once the patch has been applied, you will need to edit your options.txt file in My Documents/My Games/Titan Quest/Settings, and add a new line to the bottom that reads:
skipCompatibilityChecks = true

Note: Bypassing the compatibility check will allow the game to start with non-supported hardware, but you may still encounter fatal errors as a result. As a reminder, integrated graphics and graphics cards without PS 1.1 capability are not officially supported.

From the co-creator of Age of Empires, Brian Sullivan, comes an all-new action role-playing game set in the mythical worlds of ancient Greece and Egypt. Amazing visuals and fast-action gameplay deliver a true cinematic gaming experience. Lush ancient world settings crafted in near-photo realistic detail provide the player with an extraordinary canvas on which to set forth on an epic quest of the ultimate good versus evil.

Brave the trials of Titan Quest alone or bring a group of friends to share the glory while playing through the thrilling story-driven campaign. Stay tuned for more on this ground breaking title from THQ and Iron Lore Entertainment.

anyone has continiously fatal error crashes?

the reason for the crashes is not the game, its the copy protection, get the right crack to bypass it and it will work fine

the reason for the crashes is not the game, its the copy protection, get the right crack to bypass it and it will work fine

thanks for the patch 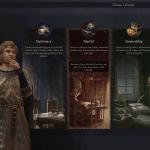 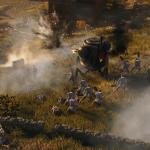