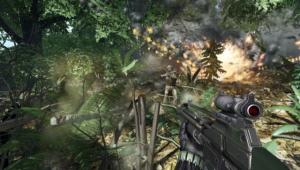 EA, Crytek's new developer, has released a new trailer for the promising F.P.S. title Crysis. The team behind Far Cry have managed to, once again, raise gamer hopes with some spectacular footage of a futuristic battlefield. The video includes extensive in-game footage and suggests that we can expect a lot of things from Crytek's new game engine.

With Crysis from Crytek, creators of Far Cry (get it?), shooter fans will face a new kind of gameplay challenge requiring adaptive tactics and customisation of weapons and armour in dynamic, hostile environments as mankind struggles to survive in the face of a horrific alien invasion.

awesome in game footage..this is worth downloading

Ok what the hell. I downloaded the whole thing, extracted it. Now all I get is the R rating logo, the ea logo and then it freezes on that for the whole 40 secs, at which point media player locks up as well. This file is corrupted, do not download.

it works for me..media player 9 and realplayer 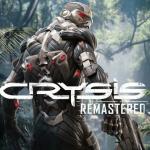