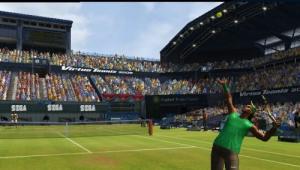 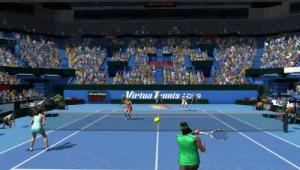 The video features a roundup of the top player's that will be available to play with and against in Virtua Tennis 2009, which is scheduled for a May release

Game Info:
The world's top tennis stars are hitting the courts again as SEGA's best-selling tennis series smashes back into action on PlayStation 3, Xbox 360, PC and the Wii - Virtua Tennis 2009 will be arriving in May 2009.

Create your own player, join the new World Tour, where you will be trained by a real-life legend of tennis, and compete for the #1 ranking against the planet's biggest stars. Then take your character online and prove you're the best with the new online ranking system!

With brand new courts to test your skills in, a new roll call of tennis stars to compete against and even more popular court minigames, Virtua Tennis 2009 is set to be a bigger hitter than ever before!

New Players / Courts - Over 20 of the world's top players, including eight new to Virtua Tennis and three legends. Take to the court in new arenas and the officially licensed Davis Cup providing the most realistic tennis competition to date.

New Player Creation System - Now have full control over facial, body, and clothing customization as well as the depth to populate the game world with 100's of unknown opponents.

More Court Games - Compete in 12 minigames, 5 completely new, for either single or multiplayer action where players can upload their hi-scores onto the worldwide rankings in games such as Zoo Feeder and Pirate War.

Improved Gameplay - Courtside action is better than ever, with extensive updates to the famous arcade-style Virtua Tennis match engine as well as 3D crowds and a more realistic courtside experience.