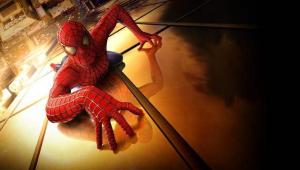 to get easy xp find someone with lotsa hp and defense around lvl 20-25 and find a big guy that will give lots of xp and have your friend taunt the big bad guy you attack while they take the blows and also its good to have a healer to heal him incase of stronger than average guys.

There is a small trick that many people know of, it's nothing secret, but for those people who don't know about it, I'd just like to point it out to ya. You know the wasp hive that is just outside of the city Tethelin? If you want to be able to fight the wasps in it at a very low level, then this will show you how.

STEP ONE: Enter the wasp hive. There are long pieces of wood that lead up to it the hive is supported by them. Find the big one and go up it and into the hive.
STEP TWO: Pull a wasp. To pull a wasp, just attack it with a spell or your weapon. Once it is following and attacking you, run outside the hive, and jump onto the rock that is to the right of the entry way. Get on the edge of the rock but don't fall off At this point, the wasp should be on the ground in front of the rock.
STEP THREE: Now, the wasp cannot hurt you It will sit there and hover, but it will not attack Since he can't hurt you, but you can hurt it, this will be an easy battle.

NOTE: This works well on the wasp queen, and wasp royal guards when you are a low level.

message: Easy MoneyGo and Kill Greens. Get their items and Sell them. I spent 30 min. doing this and had over 1,000 Tunar. Not that Im gloating, I was hard for money.

Go deposit your money in the Bank so when you die, Half of your money wont be taken away.

Strategy for keeping your Tank

Give him 2 to 1 loot and items. His armor Wears out quick, and it is costly to repair it.

You must go to Fayspire and go to the coachman. Then follow the road to the orc camp. Very close to the camp is the orc cave. There are about 5 orc thieves that you can kill. I suggest you get a full group and go after them because if you are lvl 5 it is red and can kill you in just a few hits. Once you get it return to your quest giver and its complete.

weaker levels- go to Tethlin and look at the mountains from the the coach. Go up the one that's like 2 mountains in 1. there should be a great fay snake there. Kill and it will respawn itself in the same spot.
medium levels- the hive in Tethlin
Higher levels- The wasp queen in the hive

Now the new "Trade Skills" is pretty complicating, but it is fun. You will need to experiment. Alot of experimenting. When you want to learn how to do it talk to one of the merchants. You know which ones im talking about. One of them will explain it to you. They will also give you some stuff to start out with. You wont be able to make your characters lv armor, jewelry, or weapons yet. You have to work up to it. Just like you earn xp, you earn xp for your trade. You get higher lvs with your trade the more you make stuff. It is quite expensive to do a trade. That is why I recommend killing green enemies so you can get money. It will take alot of experimenting, but once you got it, you got it

Go to any place with a cactus. Put your back directly against the cactus and pull something to u and attack. It will attack but you will not get damage.

How to power leveling

To power level first group with one or more high level players. Next have them attack a guard near a coach and beat him until he is almost dead. Have them coach out of the area then you finish the job after their life bars have disappeared. You will get all of the exp no matter how low your level is. note this will greatly reduce your faction with the town guard

Starting a new character on Everquest can have its ups and downs. You need to lvl up and get to be a veteran. How do you do that? Kill things. There are hundreds of creatures to be slain in Tunaria. Start off on the easy stuff like bats and flys though or else you are screwed. You can bind to places and return there. Another way to lvl up fast is to do quest. You do this by seeing your guild, master guy. He will ask you to do stuff for him starting out on easy tasks and getting harder as you complete more of them.