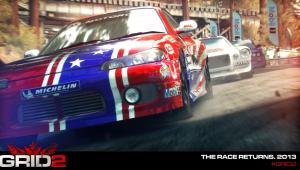 Achievements:
0.0% Even Balboa Had a Montage - The WSR is so big now that it's even getting montages on TV. You've made it to the big time!
0.1% Vanishing Point - You've won a race in a white Dodge Challenger but lived to tell the tale, unlike Kowalski.
A Different Class - You've upgraded a car and bumped it to 'Upgraded' class.
A Vision of What's to Come - You won a career Promo Event.
All Night Long - You took part in and completed an online Endurance race.
Beginner's Luck - You set the fastest time on the first lap of a Time Attack event.
C-C-C-Combo Maker - You reached the maximum multiplier in an Overtake event.
California Dreaming - You completed California Big Sur in under 3 minutes. [Excludes drift events]
Clubbed to Death - That's it, folks. The club format is behind you, it's all about the leagues now. Good luck!
Here's My Number, Call Me Maybe? - You returned Callahan's call and became his poster boy for the World Series of Racing.
Imma Let You Finish - You amassed more fans than Taylor Swift has Twitter followers. That's 23.5 million, by the way.
Internet Famous - The message boards are alight with the talk of the WSR's increasing popularity.
Jack of All Trades - You've competed in all race types.
Keep Your Friends Close... - â€¦ and your enemies even closer. You beat a Rival on track.
Making My Way Down Town - You've driven more than 1,000 miles [1,610km].
Master Racer - You won a career event on the hardest difficulty without using Flashbacks.
Mo Money, No Problems - You've gone above and beyond the call of duty and completed 5 career sponsor objectives.
Natural Ability - You won an Online Playlist event.
Could It Be Magic? - You beat all of the Prestige drivers in career club events.
Dipping Your Toes - You've reached level 10 online and opened up a new world of possibilities.
Drifting Like a Boss - You've scored 250,000 points in a single drift.
Eat It! - You won the first round of a career Touge event using the 5 second rule.
Flawless Victory - You've won an Overtake event making no contact with anything. [Excludes Global Challenge events]
Global Domination - You won a week of Global Challenge.
Going Global - The WSR goes from regional to global thanks to your imhitive form.
Gone in 60 Seconds - You completed a lap of Chicago - Wabash Run driving the Ford Mustang Mach 1 in less than 60 seconds.
Harder, Better, Faster, Stronger - You won a race in an upgraded car.
Harlem Globeshaker - You raced at every city at least once.
Rocket Manski - You've driven faster than a Russian torpedo, which incidentally is 230 mph.
Sellout - You've got one thing on your mind - money! You completed 20 career sponsor objectives.
Shaken, Not Stirred - You rolled a car at least 7 times and landed on its wheels, just like Bond did.
Sideways Shenanigans - You performed a 100m drift.
Social Butterfly - You took part in an online playlist and stuck around for at least 5 races.
SWAGtastic! - You beat the target time in a Vehicle Challenge.
T3XT M3SSAG1NG I5 GR8 - Thanks to you, the WSR is now the talk of the town.
One For The Team - You've completed an individual Global Challenge goal and ultimately helped the community.
Oriental Exhit - Look out Asia, here we come.
Pedal to the Medal - You won a round of a career event without using the brakes.
Pinball Wizard - You traded paint with every competitor during one offline race and still won the race.
Quantum Leap - You repeated an event using the Timeline.
Remember Me? - You lapped a competitor.
Ring Master - You finished 5 seconds ahead of the target time in a Vehicle Challenge on the Red Bull Ring.
That New Showroom Smell - Having wowed the crowds in America, it's time to upgrade your digs.
The Artist - You've individually applied customised liveries to 5 vehicles.
The World's Greatest - Congratulations, you have become the ultimate WSR champion. What an investment!
Toca Juniors No More - You got your first taste of a Super Touring Car and never looked back.
Tokyo Drift - You scored 350,000 drift points in Okutama in a Mazda RX-7 TYPE RZ or a NISMO R34T-R Z-TUNE.
Touge Fast, Touge Furious - You shutout an opponent in a career Touge event.
Winging It - You've won a LiveRoute event.
You rOCDed! - You finished first in every career event, during season play and/or via the timeline 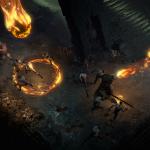 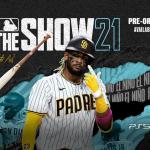