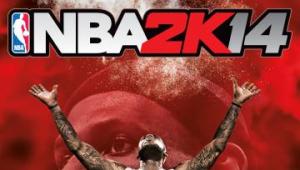 The classic system works much better, with superior maneuverability and the chance to execute sweeter plays than the one-touch control scheme.
When heading to the rim, be careful and use one of your techniques to fake out the other players, such as a spin or dash - using a double tap of the shoot button -- to get deeper into the lane. Then pull off your shot, or pass to an open man on the outside so he can shoot.
The other team will do its best to get yours to commit fouls. Try to keep a man close to the basket, then switch to him once the shot is made so you can box out and grab the rebound.
In Multiplayer, the Game Center option works better when it comes to connecting with others, as Bluetooth takes quite a while to get started. Make sure you're logged into your account before seeking fellow players.
When it comes to Path to Greatness, make sure you have a lot of time to invest. No matter which route you take - Fantastic Journey or Heat Dynasty - you'll have a number of objectives you'll need to complete with LeBron James. We suggest Fantastic Journey. Although it has more objectives, the end goal is much more interesting, as you can guide LeBron to whatever team you prefer. Ever see him in a Knick uniform? Now's your chance.
Practice. There's a mode devoted to letting you practice dunks and three pointers. This allows you to get a hang of the shooting system, as it'll indicate whether you're shooting early or shooting late. Get the timing down and you'll be able to score points with your team anywhere, including from three-point range.
Change the camera option to Nosebleeds. It'll take you a bit further away from the action, but it'll allow you to see the court in one shot; this makes passing much easier. That really makes a difference, especially when you're trying to hit a buzzer beater.