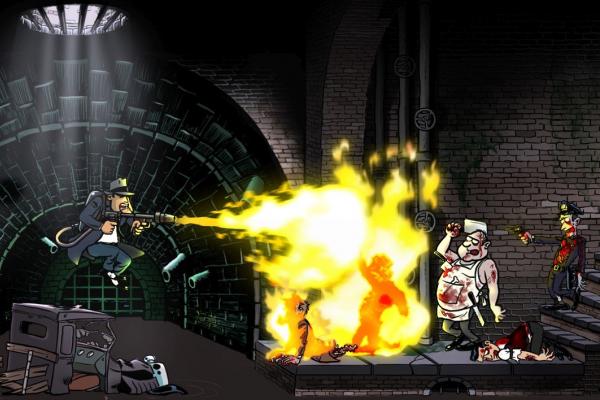 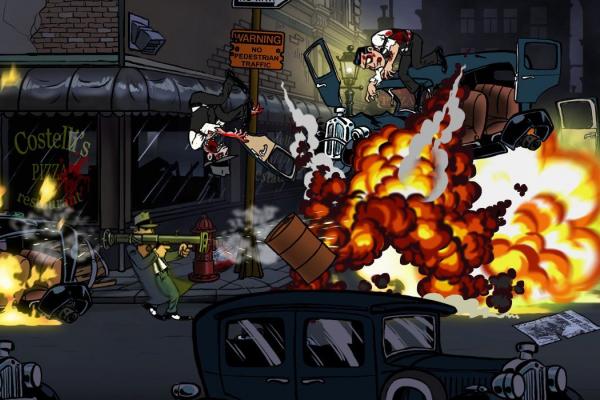 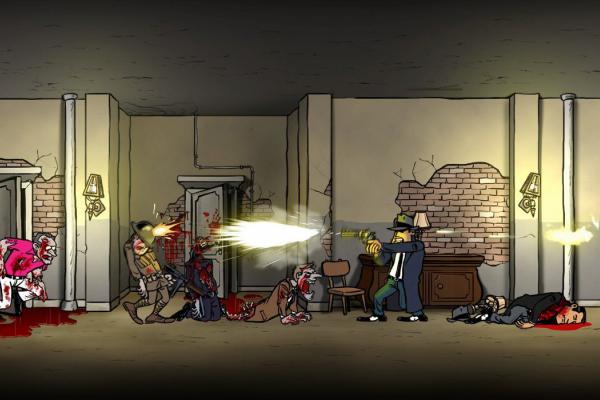 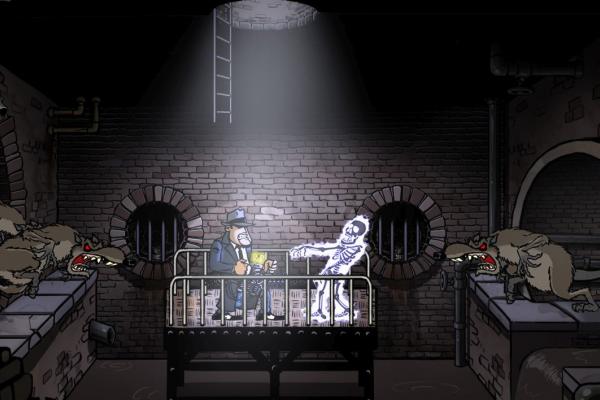 GGC is an over-the-top, comical, and fast-paced action game with hand drawn 2D HD graphics and set in the Roaring Twenties.

Guns, Gore & Cannoli in a Nutshell

Welcome to Thugtown in the roaring twenties. A city run by two rival mafia families who skirmish over every inch of the city to distribute their illegal liquor. Meet Vinnie Cannoli, a hard-boiled gangster who comes to Thugtown to straighten a few things out. Vinnie is sent to a messed up city, looking for a ‘goodfella’ who’s gone missing since the zombie-outbreak. Nothing that can’t be solved with a kind word with the local gangsters though. Especially when you’re packing a Tommy gun and a double barrel shotgun to be a little more persuasive. There’s only one thing that’s holding him back… Every friggin’ lowlife in the city turned into a flesh-eating maniac. This is survival horror, wiseguy style… Capiche?
Guns, Gore & Cannoli will be available early 2015 for PC, Mac, Xbox One, PS4 & Wii U.