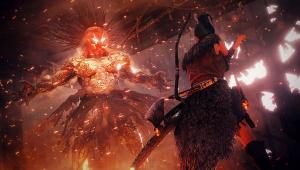 All Usura-Hicho locations:
This takes place in Mission 11: The Frenzied Blaze. During this mission, there are three swarms of butterflies you can interact with. They are glowing blue and stand out from the rest of the environment. Encounter all three Usura-Hicho to get the "Hidden Hopes" trophy. The three Usura-Hicho can be found in the following locations:
1. In the first Dark Realm area.
2. After the second shrine, in a side area before talking to the samurai that joins your team.
3. In a side area to the right just a few steps before the third shrine (last Dark Realm before the mission boss).

Easy "Bold Wrangler" and "Grazer Eraser" trophies:
In Mission 1: The Village Of Cursed Blossoms, the first large monster you encounter (looks like a big bull) is Gozuki. Kill him to get the "Bold Wrangler" trophy. Then, proceed to defeat the boss of this mission (Mezuki, boss with horse head) to get the "Grazer Eraser" trophy because you have defeated both Gozuki and Mezuki in the same mission.

Easy "Devout Believer" trophy:
This takes place in Mission 3: The Viper's Sanctum. In this mission, you can find three Snake Statues. You could destroy them to get rid of the poison in the area, which also drains the poison pools in the boss area. With the poison pools gone from the boss battle, it makes the fight easier. However, to get the "Devout Believer" trophy, you must do it the hard way. This can be pretty challenging on the first playthrough of the mission. It is recommended to ignore this trophy until you have completed the game and reached Level 100+. Then, replay the mission and proceed straight for the boss without destroying the Snake Statues. Since you are greatly over-leveled, you will be able to quickly defeat the boss despite the poison. If you decide to try it during the first playthrough, make sure to buy the "Medicine: Anti-toxin Pill II" Ninja skill and equip as many of them as you can carry. This cures the poison effect. Also, equip the "Rejuvenation Talisman" Magic skill to heal yourself over time. As long as you stay out of the three poison pools in the boss fight, it will not be too bad. Attack the boss when it slithers past you and when it summons its snake arms through the ground. Try to destroy both its snake arms before it goes into Yokai Realm mode.

Easy "Dungball Roller" trophy:
Ryunojo the Dung Lover is found in Mission 9: Bird In A Cage. After the second shrine, proceed left into a cave with poison pools. Ryunojo is at the end of the cave, after climbing up a ladder. Give him 30 Dungballs to get the "Dungball Roller" trophy (Noble Dungballs count as multiple normal Dungballs). You can farm Dungballs from killing Tesso enemies (poison farting monks). You should get one Dung Ball every 5 Tessos on average. You also find plenty of Dungballs and Noble Dungballs from corpses (yellow item pick-ups) in this mission and throughout the rest of the game. When you are done with the story, return to this mission. If you still do not have 30 Dungballs by that point, keep killing Tesso until you have 30 Dungballs.

Easy "Peal Of Ten Thousand Bells" trophy:
Search the indicated locations in Mission 13: Ruin Draws Near (fifth region) to find all six big bells and get the "Peal Of Ten Thousand Bells" trophy. To be safe that it counts, hit each of them three times with a high-stance Triangle attack until they fall off. The bells can be found in the following locations:
1. In the first Dark Realm.
2. In the second Dark Realm.
3. From second Dark Realm, backtrack just a few steps and take the side path leading to the basement of a building. One bell is in the first room of the basement.
4. Another bell is located in the room connected to the last bell.
5. In the Dark Realm after the third shrine, same floor where the Shrine is.
6. In the Dark Realm after the third Shrine, ground floor.

Easy "Schemer" trophy:
This takes place in Mission 10: Pervading Waters (fourth region) against the second boss of the chapter. It is a huge spider-like Yokai monster called Gyuki. This takes place after defeating the Saika Magoichi boss in the same mission. As soon as the fight against Gyuki begins, stand at the dam wall where you dropped down to the boss fight. Just stand there holding L1 to block and wait for Gyuki to attack you. He will hit the damn and you will get the "Schemer" trophy.

Easy "Sudama Swapper" trophy:
Sudama are purple-colored Kudama –- a small creature found at fixed positions throughout many missions. The first place to encounter a Sudama is in Mission 2: The Beast Born Of Smoke And Flames. Immediately after passing through this mission's first corrupted Yokai Realm (a burning village), you will go across a bridge and there are two wooden houses on the right. Inside the second wooden house is a ladder leading underground. Climb down to find the Sudama. To exchange gifts, simply drop an item from your inventory that you do not need, like any low quality weapon. He will drop you a bunch of items in exchange and you will get the "Sudama Swapper" trophy. If you talk to him, he will not do anything, as you have to drop the item from your inventory close to him and he will pick it up automatically. 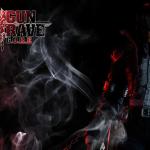 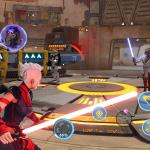