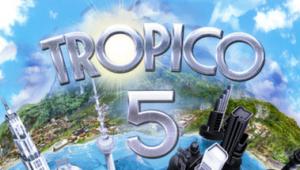 Cheats:
Press and hold the right SHIFT button on your keyboard, then enter one of the codes below for the corresponding effect.

... But To Take Part - Issue the "Host the Olympics" edict.
A Barrel Of Monkeys - Earn $50 000 yearly revenue from Entertainment buildings.
A New Dawn - Complete "A New Dawn".
Agricultural Community - Have more than 20 Plantations, Hydroponic Farms, Factory Farms and Ranches in a single game.
Architerissimo - Win a multiplayer game by construction.
Back to the Past - Complete "Back to the Past".
Booked Solid - Have Slob, Family, Cultural, Eco and Wealthy tourists at the same time on the island.
Bureaucrat - Issue 20 edicts in a single game.
Cause of Death - Execute a Rebel Leader.
Claustrophilia - Win a Sandbox game on a Tiny island.
Day 0 - Complete "Day 0".
Dictatorship 101 - Finish all tutorials.
Everlasting Colony - Rule for 100 months as a colonial governor.
Extraordinary Popular Delusions - Have all happiness values above 50.
For Science! - Research all technologies at least once before the year 2005 in a single game.
Friends With Benefits - Have relations higher than 90 with all factions in the Modern Era.
Fundamental Principles - Amend the Constitution 6 times in a single game.
Globalist - Have 5 foreign powers in your Embassies at the same time.
Good Sportsmanship - Finish a multiplayer game.
Greasing Palms - Bribe a Faction Leader.
Heir And Now - Recognize a new heir.
History Will Absolve Me - Survive a rebel attack against the Palace.
Hope - Complete "Hope".
In Seventh Heaven - Reach overall happiness of 77.
Infrastructor - Build more than 2 000 meters of roads in a single game.
It Prints Money! - Win a multiplayer game by money.
Leon Must Die! - Complete "Leon Must Die!".
Let Them Eat Cake - Survive an uprising.
Made In Tropico - Export 100 000 Luxury Goods.
Middle Manager Of The Revolution - Have managers in more than 15 buildings in a single game.
Mine! All Mine! - Mine 100 000 ores and coal in a single game.
Mirror, Mirror On The Wall - Change the looks of a dynasty member.
Naughty Docks - Connect a dock with that of another player.
Overqualified - Have a dynasty member with a level 5 skill.
Pension Plan - Earn over $$200 000 Swiss bank account.
Presidente's Seven - Have 7 Dynasty members.
Project Beale - Win a multiplayer game by points.
Putsch and Judy - Survive a Military Coup.
Retro-futurism - Advance to the Modern Era before the year 1960.
Sheep For Wood - Have a fleet of 12 trade ships.
The Bay Of Pigs - Survive an invasion from the USA.
The China Card - Successfully complete 5 trade routes with China in a single game.
The Great Mogul - Have 10 different industry buildings in a single game.
The Madness Of Crowds - Have more than 500 citizens in a single game.
The Town Of Cityville - Build 150 buildings in a single game.
Think Tanks - Have 5 Army Bases in a single game.
To Live In Interesting Times - Win a Sandbox game on an island with Relentless Disasters.
Tower Defense - Have 20 Guard Towers in a single game.
United States of Tropico - Finish a game with relations of 100 with the US.
What Energy Crisis? - Produce and share 1 000 MW of power with another player.

When will there be cheats?
You voted 'no'. 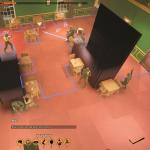 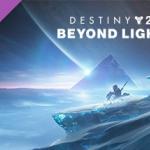