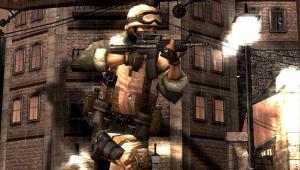 War Rock is a free game that features graphics and effects that are of a quality you would expect from a very good commercial project. The gameplay is similar to Battlefield and features spawning and frantic online fights including vehicles and aircraft.

Beyond history, there are many conflicts players have never known. Three generations have passed since the secret war occurred at the brink of the continent. The tides of darkness swept over the world. Dream Execution proudly invites players to rise against it and experience the adventure of a real battle. The fate of the new world is in players' hands.

-War Rock messenger system provides powerful support to the game community. This system will become more powerful through the 'Trading System' between players.
-Various modes such as conquest and death match are available.
-Each time players respond, they also get to choose from five character classes: engineer, medic, patrol, assault and antitank. Each character has distinctive weapons and abilities.
-Players can buy their own weapon by battle point or game money, depending on level.

Note The file you will download from MegaGames, by following the download tab above, is an installer file which will connect you to the War Rock servers in order for the actual download to take place. Once you download the file unpack it in a directory where you wish the game to be installed and run WRLauncher.exe. When the full download is complete (about 170 MB) you run WRLauncher.exe to start the game.

where do i get those promo codes i cant get in ....anybody as a clue

how i can get an id

I like to play games..good quality games with fantastic resolution...no scam download sites...great music...like Tony Hawks Underground2 soundtrack...but I would be rather holding some hot chicks ankles and lickin her shaved *****...yah owww

i need id or user id and password please

where is the id

Omg Warrock is veri nic3 but i need a promo code lol ...

I got a friend from US to make my user/pass, but i can't login to the servers. It's because I'm from AUS?

i need a user id pls

i need a war rock id

pls can i get WAR ROCK ID

I need User ID and Password for my son.Thank you very much

i need id and password for war rock. can some1 send me to email?

i aam good in shot games

I need UserID and Password for Warrock! Please mail one./Jonas

yo yo yothats game is cool 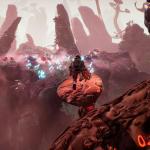