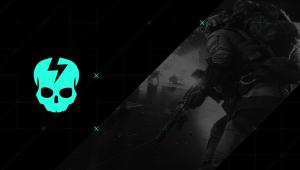 DICE is finally making changes to Battlefield 2042 that should appease the portion of the fans who were dissatisfied with the game’s launch. With update 3.2, due out later this month, players will finally be able to pick from a series of classes again, much like the previous games in the series.

Battlefield 2042 made waves on launch in 2021, when it was revealed the class system wasn’t included in the game. Instead, players were able to pick from a number of “Specialists” -- heroes with their own specific characters and skills, but also with access to an open pool of diverse gadgets. While a fun system that’s somewhat similar to the class system of previous games, it’s also reminiscent of games like Overwatch 2, and many players felt it didn’t fit the formula the Battlefield series is known for.

With no real indication of the equipment your allies might be carrying, team play was made so much harder than under the system in older games. In older games, like Battlefield 1, players were separated into distinct classes of soldier -- recon, assault, engineer, etc -- which meant you could always have a decent idea of what each person was equipped with and what their role was in the team. On the flip side, it also meant you could quickly gauge an opponent with a glance.

The disappointing reception to Battlefield 2042 has spurred DICE into making some big changes, announcing in August 2022 that they were taking the game back to the drawing board. Key to these changes was bringing back historical elements of the older games, taking Battlefield 2042 back into line. Reintroducing classes falls under this, and while Specialists aren’t being taken away entirely, they are being retooled into more clear class roles, so it’ll become more obvious which role each player is filling. For instance, every Specialist will no longer have access to all rocket launchers, meaning the Engineer class has more of a distinct role in clashes.

Update 3.2 is due out later this month, so this will be the last chance you have to play some of the less distinct class roles if you’re a fan of them. For everyone else, there isn’t long left until Battlefield 2042 changes again -- hopefully for the better.