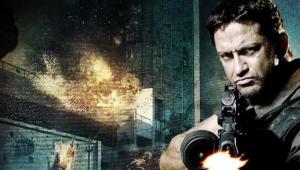 In a revelation that isn't news to anyone, but is interesting to hear from the horse's mouth, Infinity Ward producer Mark Rubin said in an interview with OXM, that he doesn't think there will be any big changes with the next-generation of Call of Duty games. Why? Because the fans of the game aren't hardcore gamers.

"It's kind of a weird, ironic thing to say," Rubin said "They aren't hardcore gamers, or even gamers, but they play Call of Duty every night. And those guys are going to continue to play regardless of platform. So I think not only will we continue to engage with that existing player base, but we'll take next gen and see how far we can go with it."

He didn't go as far as to describe them as casual gamers, but we know what he's talking about. I'm sure we all have friends with Xbox 360s and PS3s and the only real games they buy them for are Call of Duty and FIFA - or for you Americans, your comparable sports title.

Compare that to the average PC gamer, who may play a lot of League of Legends, but chances are they have experience in RTS games, or puzzlers, perhaps a few shooters thrown in the mix. Likewise a lot of console gamers are multi-faceted, but there's definitely a veneer of console casuals that stick to the jock-like titles: sports and the blockbuster shoot'em ups without much of a skill curve.

Ultimately Rubin said, Infinity Ward can't change that much about Call of Duty, or it would end up alienating its players base.

Not too surprising a revelation, but what do you guys make of it?