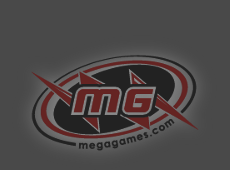 Defeating Monique
There are two different forms of Monique that must be defeated. You will have to fight the first form while she is in the air. The best way to do this is to stay by one table and use the radar. Monique will jump in four corners shooting knives and jump kicking you. You must wait until she uses the jump kick then use the Verretta M82 when she lands on the table (or before). Make sure to duck behind the table or her knives will hit you. If you should get hit and your health gets low, disarm yourself and just sit behind the table where she cannot hit you for awhile and your health will start to replenish. If she shows up behind you while you are restoring your health, just move around the table and sit there until your health is fully restored. Once you hear her jumping, quickly pop up from behind the table and shoot her. This may take some time, but once you get her health down she turns into her second form. The second form is a lot easier. The four tables are still there, and can be used to your advantage again. This time Monique is on the ground and is no longer jumping in the air. She will throw her knives and charges at you. The best thing to do is to hide behind the table. When she runs away, quickly jump out and shoot her. When she throws the knives again, dodge them. Then as she starts to run to the middle, quickly hit her and she will charge at you. When she charges at you, step aside or she will slash you and take a lot of health from Lloyd. If she hits you, use the same health trick as before and stay fully loaded this time around. Keep using this method until she is defeated. Once she is defeated you will get the ending.