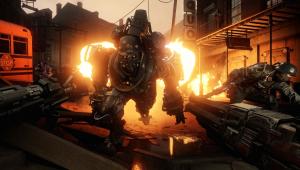 Cheat Codes:
During gameplay you should press on the CTRL + ~ (that last symbol is a tilde) keys on your keyboard at the same time to bring up the Command Console. After that you can lookup below what cheats there are & what their codes to enter are.

Dring gameplay you should press on the ~ tilde key (the key above TAB) to bring up the Command Console. After that you can lookup below what cheats there are & what their codes to enter are.
Tip: Try Ctrl, Alt, ~ for the Command console if ~ don’t work.

Tips & Tricks:
You don’t need to know anything before jumping into The New Colossus. Those who played the first game will pick up right where they left off. But for those new to the franchise, we reintroduce the plot and the characters, so you can enjoy the game on its own.

The opening sequence of the game presents players with a choice of timeline. In the Fergus timeline, you will gain access to the returning Laserkraftwerk, a high-energy multi-tool capable of melting steel and blasting Nazis to embers. Choosing the Wyatt timeline rewards
you with the all-new Dieselkraftwerk, a brute of a weapon that fires remotely detonated sticky canisters filled with Nazi diesel. Both weapons are upgradeable to provide even more Nazi killing firepower. Speaking of…

Weapon upgrades offer a brand-new way to customize your experience in The New Colossus.
Upgrade kits – discoverable throughout the game – allow BJ to dramatically alter the functionality and versatility of his arsenal.

Remember to apply your upgrade kits early and often. Whether you’re a mayhem player who prefers extended magazines for your shotguns, a stealth player who prefers suppressors for the pistol and submachinegun, or a tactical player who prefers a scope for your assault rifle and an EMP pulse for your grenades, weapon upgrades can make all the
difference in the heat of battle. Plan accordingly and make the Nazis tremble in their jackboots!

Contraptions add another new wrinkle to the mix. These special enhancements complement different playstyles. Prefer the stealthy route? The Constrictor Harness compresses BJ’s body to fit into small pipes and narrow gaps to surprise enemies from unexpected locations.
For a more tactical approach, BJ can opt for the Battle Walkers – deployable mechanical stilts that give you a birds-eye view of the battlefield, plus access to ledges and rooftops otherwise out of reach. Finally, Ram Shackles are reinforced armor that allow BJ to plow straight through concrete walls and head-first into Nazis, leaving only a
bloody mist in his wake.

There is no “right way” to dual-wield. If you want to be tactical and carry a silenced weapon in one hand, with an assault rifle in another, go for it. If you want to be stealthy, crouch often, lean around corners, and attach a silencer to your pistols.
Or if you simply want to dual-wield two heavy guns, find a second Shockhammer shotgun and have fun. Experiment based on your skills, playstyle and the level itself.
And feel free to change it up often!

While we support three different playstyles – stealth, tactical and mayhem – these aren’t meant to be prescriptive. Be flexible and do whatever works in any given situation.

Speaking of stealth, the goal is to kill silently, enemy-by-enemy. But if you get caught, you can always pull up two big weapons and clear out a room!

Levels are even bigger in The New Colossus, so be sure to explore. You might find an alternate path, or a different approach to a tough enemy. There’s almost always another option if you’re struggling. Regularly deviating from the main objective will make for the most rewarding experience.

Hatchets are everywhere, so remember to throw them often for one-hit kills on lesser armored enemies. And, don’t forget to retrieve them afterwards so you always have a healthy supply.

Eva’s Hammer, the U-boat you stole from the Nazis in the first game, has been turned into the base of the resistance. This is where you will coordinate the missions that can ignite the American Revolution. Make sure to explore it in between missions for secrets and side quests, or just to get to know your growing family of resistance fighters better.

How to Enable Steam Overlay:

* Right click on Wolfenstein II: The New Colossus in your game library.
* Click 'Properties'.
* Click 'Launch Options...'
* Copy and paste everything from inside the parantheses,
do not copy the parantheses "+r_disableSteamOverlay 0"
* Click 'OK'
* Enjoy the re-enabled Steam overlay!

Play Wolfstone 3D game:
Go to Club Kreissau in the Eva's Hammer hub to play the Wolfstone 3D game. You can access this area whenever you return between missions, and you will get a different level to play on each visit. In the game, you play as a Nazi agent that fights anarchist rebels.
You will get the "Retro" achievement for playing the game.

Secret "Riverside" mission:
Successfully complete all single Ubercommander assassination missions and collect all Death Cards (except the last one) to unlock the secret "Riverside" mission on the war room map. There is no other map like this in the game. The final area of the mission also has a good view of the Statue Of Liberty ruins.

Fergus' Arm location:
If you chose to save Fergus Reid, you will have to find his arm after a party during the story. To find Fergus' Arm, walk around Eva's Hammer and talk to people until you can narrow the arm's location down to the hangar. Walk up to the top floor and look for two boxes that block the way to a vent. Use your energy weapon to shoot holes into the boxes, then follow the vent until you find Fergus' Arm. Return to Fergus Reid and give him back his arm to complete the quest.

Easy weapon upgrades:
Once you unlock the "Uberkommandant" mission on Eva's Hammer, select a district on the map and collect the weapon upgrade kit. Then, return to Eva's Hammer to collect it again. You can keep collecting the weapon upgrade from the same mission since it resets each time. Repeat this as many times as desired. Note: This glitch was performed on an unpatched version of the game. It may eventually get patched. To avoid not being
able to use this exploit, either do not install new patches before using this exploit or delete the patches. You can avoid patches being installed by disconnecting from the internet until you are ready for the game to install new patches.

Easy Enigma Codes and Max Perks:
Enigma Codes are items you can collect from dead commanders (targets that appear in stealth sections of the game). To unlock Ubercommander assassination missions, you must collect and use them in the Enigma Machine. To quickly get Enigma Codes, select the "Manhattan, Penthouse District" assassination mission at the war map (unlock it if it is not already unlocked). Set the difficulty to the lowest setting under the "Gameplay" option at the options menu. Successfully complete the mission once. Each
time you play the mission afterwards, you will find two commanders, allowing you to get two Enigma Codes each time you do this. On the lowest difficulty, you do not have to worry about damage. Drop down and kill the first commander, then drop into the ruined area below and kill the second one. After looting the second commander, open the map and exit it. Ignore the enemies, as you do not need to kill anyone else.
Just sprint straight to the commanders, kill them, loot them, and exit. Repeat this as many times as desired to get an unlimited amount of Enigma Codes.
This method is also great for maxing out all your perks to reach 100% completion.
Lower the difficulty, complete some stealth or combat kills, then exit and repeat.
You can raise the difficulty later with no penalty.

These cheats are not for colossus. 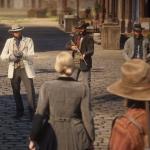