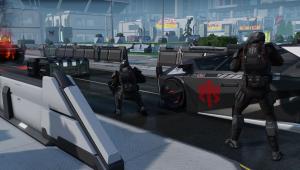 Easy 'Heavy Metal' Achievement:
To be allowed to research Experimental Heavy Weapons and Experimental Powered weapons you must first research the EXO and War Suits from the Proving Grounds. When you do this enough times you will be able to obtain one of each of the following weapons.

Roster:
You cannot rely on the same 4-6 soldiers for every mission. Even if you keep them alive they will eventually get wounded and some wounds can take a long time to heal. Look to have a roster of between 10-12 veteran soldiers by using the early missions to give everyone in your squad experience and a specialisation.

Unlock Heroes:
At the 'Customisation' menu go to 'Character Info' menu and enter the following names (without the quotes) to unlock the corresponding hero. These cheats will only work in the Single-Player campaign and disables the ability to earn Achievements, they also remove ALL your previous soldiers' attributes. Note: Beaglerush must be put into the nickname field instead of the First and Last name like the other two. 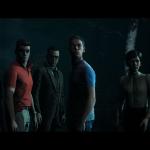