The best CPUs for the 2019 holiday season 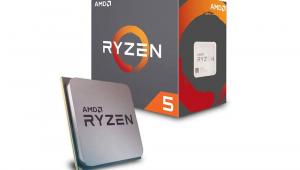 The holiday season is nearly upon us, so why not treat yourself to a little upgrade? If you have some gaming plans over the coming weeks, doing so with a brand new CPU can be a wonderful treat. Sure it's not as important as a high-end graphics card, but if your system's chip is a few years old, it might be time to upgrade that workhorse to make your games, and everything else on your PC, run that bit better.

But picking the right CPU for your system and your budget isn't easy. There are multiple generations of chips available from AMD and Intel, so which should you pick? Which offer the best bang for buck?

AMD's new, third-generation Ryzen processors might be grabbing the most headlines and charming the reviewers the world over, but that's just pushed the second-generation Ryzen chips down to previously unheard of prices. They now represent some of the best deals that can be had for those building budget gaming systems.

The Ryzen 5 2600 has six cores, supports 12 threads for excellent multithreaded performance, and hits 3.85GHz out of the box. With a little overclocking you can easily push it to an all core 4.1GHz overclock, perhaps close to 4.2Ghz if you have good cooling. At that point it's within striking distance of some of the new generation chips and just as capable as the more expensive 2600X.

It lacks some of the gaming chops of the 3600 with its greater single threaded performance, but it's very competitive with much more expensive Intel chips like the Intel 9400F.

At around $115, the Ryzen 5 2600 is the best bang for buck chips out there today. You'll need a graphics card to run it though, as it doesn't have any built in graphics.

The new generation of AMD Ryzen processors are stupendous value for money. The 3600 offers the same six cores and 12 threads as the 2600, but with an increase of its instructions per clock of more than 15 percent, and an increase in clock speed, it's one of the best gaming chips available today, priced at around $195. It falls behind the 3600X by a few percent points thanks to its lower boost clock of 4.2GHz, but that's not particularly noticeable and not really worth the additional $40 that the X model costs.

You could opt for the Intel 9600K if you're a blue-team fan, as it's around the same sort of money, but it lacks hyperthreading, so is far weaker on multithreaded workloads and the gaming performance is roughly the same.

This is starting to look like the AMD fan club, but when AMD has overhauled its entire product stack in 2019, with the best CPUs that it's ever made, and Intel has only refreshed its flagship desktop chip, it should perhaps come as no surprise.

The 3700X is the crown jewel of the 3000 series, even if it's not the most powerful. With eight cores, 16 threads, and a clock speed that reaches 4.6Ghz on a single core, and around 4.3GHz across all cores when boosted, it's one of the best CPUs ever made at just about anything. It destroys the Intel competition in multithreaded workloads, is comparable to the more expensive 9700K in gaming, and is within reach of the 9900K and 3900X in most titles.

There are two great CPUs for those willing to spend around $500 on a CPU. AMD's best mainstream Ryzen chip, the 3900X, offers 12 cores and 24 threads, almost matching the standard 9900K in gaming and wrecking it in multithreaded workloads. It's the chip to get if you do anything beyond gaming on a day to day basis.

If you're a pure gamer though, you might want to consider Intel's new 9900KS instead. It can cost up to $100 more than the AMD chip, but at 5GHz across all cores out the box, and the potential to overclock to 5.1GHz or even 5.2Ghz in some niche cases, it offers the best gaming power you can get right now, for a comparable price.

Alternatively, you can save yourself some money and get a 9900KF, which is as little as $480, and can typically be overclocked to the same sort of frequencies, but you'll have to do it yourself.

Oddly enough the ryzen 2400g and 3400g aren't listed, they're good cpus coupled with capable gpus. You can play games without having to buy a dedicated graphics card, if that doesn't scream budget I don't know what does.
You voted 'no'. 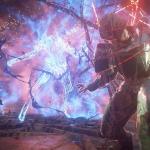 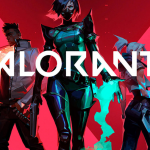 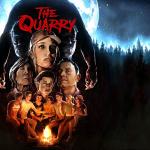 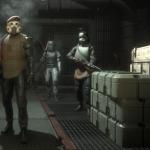