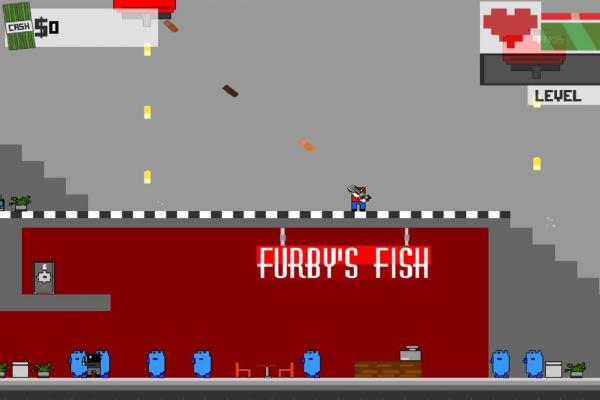 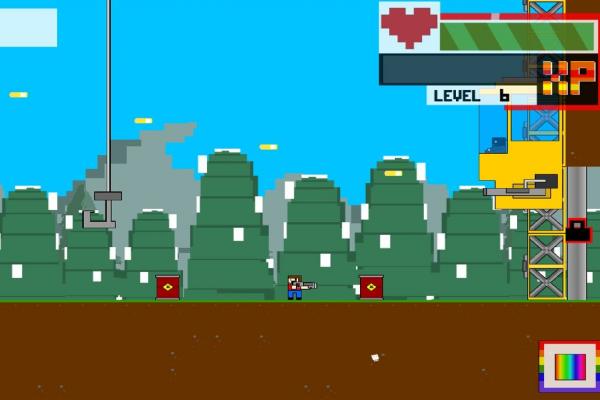 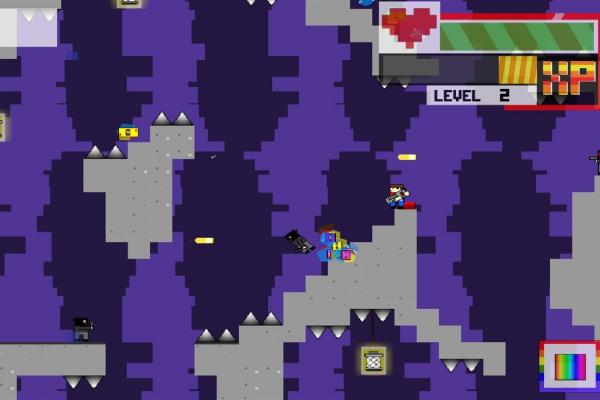 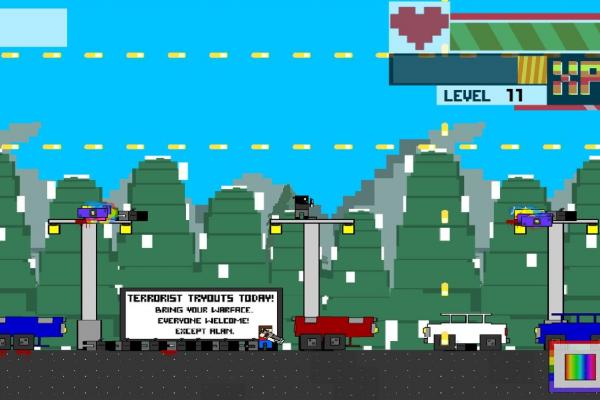 1 Freeware available for Blockman 1988, see below

Blockman 1988 is a retro-inspired twin-stick platformer-shooter that's a sequel to a Flash game from 2007, but it's really a prequel.

Join John Q. Blockman - the 'Q' stands for 'Qube' - on a quest to rescue hostages from and around the Valleyvale Shopping Mall. Use some of your cunning - no, ALL of your cunning - to thwart the evil, maybe-French, maybe-Canadian, maybe-Iranian terrorists cell's plot.

-Use your different ammo types to change thing up - freeze fires with the ice ammo, then turn around and melt those cubes with the fire ammo! The Shuriken ammo can be used to make standing platforms on walls, adding a secure, albeit temporary solution to some sticky situations. Oh, and let's not forget the 'Smatter' ammo (rainbow) - you can use it to propel yourself into the blockosphere (or the edge of the map, whichever is first).

-Over twenty levels of free fun. Because it's free. Like, you're not paying for the game. It cost zero dollars. So... You're welcome?

-Twitch-shooting and platforming with no pause breaks, just as Cthulhu intended.

-'Forever' mode is included, too! It's a mode where you can keep playing for... FOREVER! If that's your sort of thing. It'll get continuously updated with more items, levels, and abilities, if that's what everyone wants!

This project was made with love, and I hope you have as much playing it as I personally did working on it.

Also, someone hire me to work in the game industry. I'll wash cars, polish shoes, or eat gum from underneath tables just to get an opportunity to work and grow with a team.