DIRT 5 is also a launch title for Xbox Series X|S and PlayStation 5 in November, with next-gen enhancements including 120fps options and faster load times. Players on current-gen consoles have options for a FREE upgrade to the next-gen version! More details at https://dirtgame.com/dirt5

Conquer stunning global locations. Rise to glory in a star-studded story. Tame seven decades of off-road cars. Get creative with photo mode and a livery editor. Share the fun with split-screen and party modes. Design the racing arena of your dreams.

This is DIRT 5. Time to LET LOOSE.

Check out the official launch trailer for DIRT 5, giving you a taste of the amplified racing action on offer in the biggest, boldest DIRT game ever made – from truck racing through Italian marble mines, to ice racing on New York’s East River, to the returning Gymkhana events, and so much more.

The trailer also features the voice of Troy Baker, who features in DIRT 5’s Career mode as Alex ‘AJ’ Janicek. 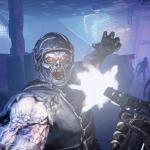 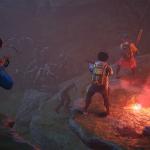