Home»News»Stalin vs. Martians Creators: Our RTS Game Is Perfect For RTS Haters

Stalin vs. Martians Creators: Our RTS Game Is Perfect For RTS Haters 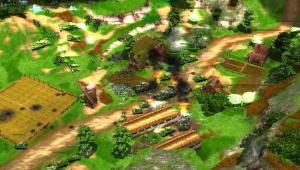 Most press releases are dull and unimaginative pieces of marketing propaganda, but every once in a while we come across one that stands out for being really funny (that's when we forget to put the quotation marks) or bizarre.

Co-developed by Black Wing Foundation, Dreamlore and N-Game, the bizarreness of the title of the Russian-American game, Stalin vs. Martians is only superseded by that of its official press release.

The press release kicks off by the usual marketing propaganda, claiming that the game is " probably the most bizzare gaming experience of year 2008." But then it gets funnier.

The press release actually says that "the title of the game alone is a piece of art, and the playability doesn't even matter here. The very concept is just enough. It makes your brain explode. Surprisingly though, we have more than that to offer."

The conclusion of the press release is not too vainglorious indeed. The final paragraph reads: "Stalin vs. Martians is also a good real-time strategy. Fast, simple, intuitive and incredibly fun. Trashy and absolutely over-the-top, arthouse kitsch production in its finest. With a good technical basis and some healthy gameplay innovations. A natural choice for anyone bored of hundreds and hundreds of identical 'World War II strategies'. And a perfect choice for anyone who just hates the strategy genre."

Looking for more fun, we checked out the game's official website and found out that their faq is not without a sense of humor. Answering to a question about the ability to play as Stalin himself, the faq states that "Yes, but not from the start. Stalin is our commander and he gives us orders. Closer to the grand finale he will appear on the battlefield as a playable unit - a huge colossus, five times higher than any other creature. Just like it was in the real life."

The faq states clearly that it is no coincidence that some of the Martians resemble characters from other games, because "Stalin vs. Martians is not only a kitsch (check Wikipedia for this word if you're from Iowa), but also a parody. Sort of." According to Wikipedia, " Kitsch /kɪtʃ/ is a term of German or Yiddish origin that has been used to categorize art that is considered an inferior, tasteless copy of an existing style. The term is also used more loosely in referring to any art that is pretentious to the point of being in bad taste, and also commercially produced items that are considered trite or crass."

Unfortunately, the game itself doesn't look that impressive. It looks like a standard run of the mill world war 2 RTS with one army replaced by happy Martians of different sizes. We may be wrong, but we'll have to wait for a demo or gameplay video to reach a final decision.
Don't forget to visit the screens tab where 8 screenshots of Stalin vs. Martians are available

WTF, this game have a very s**t graphics

so it seems to be perfect for the two below me :) a game for haters :D ... so well it seems to suit me well as well, coz i think it looks like shait and it doesnt interest me at all ... great

I'll play it because it's trying to be different and doesn't care that nobody will like the graphics.I recognise two of the three aliens, too.

The game looks like something you'd see on N64. Also, I'm from Iowa, and I knew what kitsch meant.

at least it looks better than starcraft 2 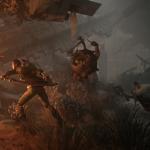 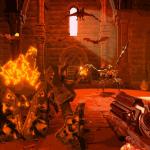 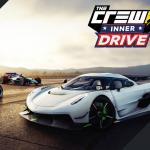