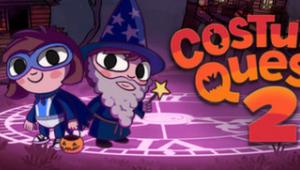 Game Cheats:
Easy "Beating Crow" achievement or trophy
Corvus the Crow teaches combat basics early in the game. As you progress, you will get a total of three messages indicating that you can return to Corvus for more training. This additional training can be done at any time. Corvus is always where you first encountered him, behind Everett's house in the future. The first extra training session teaches you combos. The second session teaches you counters. The final training session upgrades your special meter.

Easy "Breakdance Broker" achievement or trophy
Return to the area with the two children posing as statues after you have obtained the Thomas Jefferson costume. Use Thomas Jefferson's Diplomat ability on them. They will decide to work together.

Easy "Cosmonaut" achievement or trophy
After travelling back in time late in the game, enter the sewers with a purple glowing time symbol on the floor. Use Thomas Jefferson's Diplomat ability to speak to the kid that has a piece of candy to the right. The kid will give you candy corn. Notice the mound of dirt sticking out of the sewer floor just above the kid's head. Plant the candy corn and a green sprout will grow. Return to the present and move to the right side of the neighborhood. Find the Grubbin that is watering plants near the corner of the dead end street. That Grubbin requires help to remember something. Use Thomas Jefferson's Diplomat ability, equip your party with the upgraded Hot Dog costume, the upgraded Super Hero costume, and the Teenage Wolf costume. Talk to him while wearing all three costumes to get Fertilizer from the Grubbin. Travel back in time and return to the sprout in the sewer. Use the Fertilizer on it, then return to the present. Pass through the shutter door and enter the Research Lab. Walk upstairs to the roof of the Dental Compound, then go down to find a huge tree. Use its branch to reach the center then smash the side to enter the trunk. Keep following the path up to the top of the tree, which is in space. Open the chest located there to collect the Solar System costume

Easy "Gathering the Magic" achievement or trophy
Ten of the twelve of them have specials. You must use all ten of them at some point in combat. The Robot and Candy Corn costumes do not have to be used. Using a special requires filling the special meter then changing to the special attack icon. The meters remain charged between combat and there are several cards which make charging the meters faster or automatic.
Easy "Hardcorn Mode" achievement or trophy

You must leave Candy Corn in your party for all fights. Because Candy Corn always skips its turn (it usually has no attack and cannot play cards) this will make things slightly more difficult. Candy Corn gets a hit point bonus, making it useful to absorb damage. Enemies will also favor attacking Candy Corn. Because of this, also consider getting the "brown stripe" costume upgrade from Shady to increase Candy Corn's defense. Because combat can be started at any time, always leave Candy Corn in the second party slot. Note: Candy Corn will have a chance to take an action during the final fight.