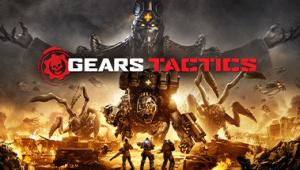 How to Track Side Missions?:
Side Missions can be tracked from the Mission Played menu screen.
This will list all the tasks you are required to complete.

You will find Side Missions as additional tasks when you are at a certain
level of the game. These are missions that contain tasks as covering a
position or rescuing ally soldiers. Side Missions contain tasks that you
have to complete without skipping in order to move on to the next mission.

Support:
Gabe’s main class. The Support class excels in providing healing and other
beneficial bonuses to allies. They can both heal single target or entire
groups of Gears. The range on many of their healing abilities is nearly
limitless so a strong Support is vital for any successful campaign.
Unlocked Act 1 Chapter IV.

Vanguard:
Sid’s class and if you play in the launch window, Cole’s class. Vanguards
are the solo tanks of Gears Tactics. They can self heal at the end of each
turn, leech health from the damage they deal, and the Intimidate area of
effect ability is fantastic for pushing enemies out of cover or Overwatch.
Unlocked by default.

Heavy:
The Heavy units are specialists at taking out swarms. Huge miniguns allows
for some incredible suppression fire against swarms. Works even better
when paired with a Support for the extra action points bonus. The Anchor
skill, the classes primary ability, offers increased accuracy and damage
up to 30% and 45% respectively. Simple hunker them down in a location and
move to keep the bonuses applied. Unlocked after you rescue your first two
gears in Act I, Chapter II

Scout:
The close quarters specialist of your outfit. The Scout excels at getting
behind enemy lines with abilities that allow for cloaking and sneak attacks.
Due to the dangerous nature of their design, they can be difficult to use,
but the pay-off is worth the effort. Unlocked after you rescue your first
two gears in Act I, Chapter II.

Sniper:
With chainsaws and bayonets aplenty, long range can be lacking in your
initial outfit, in comes the Sniper. Sniper classes benefit from reduced
accuracy penalty on long-range targets. They specialize in high damage
critical attacks, perfect for taking out that bulking brute.
Unlocked after you encounter Mikayla on Act 1, Chapter IV. 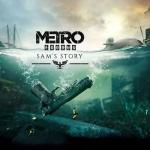