Joint Task Force - Behind the Scenes 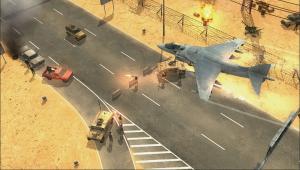 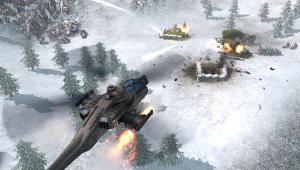 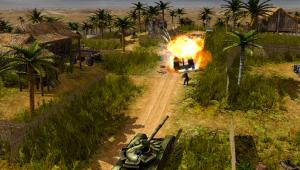 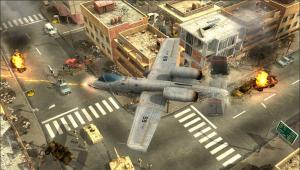 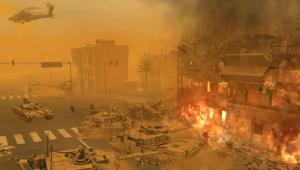 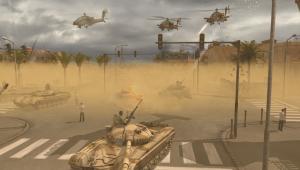 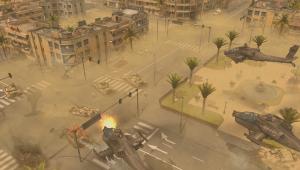 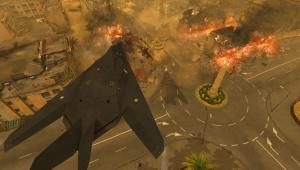 Joint Task Force is the real-time strategy game where you command the frontline forces in tomorrow's most hazardous conflicts.

Since the end of the Cold War, the world has dramatically changed. The threats our military is asked to confront are vastly different from the past. We must not only prepare for the perils of today, but also develop capabilities that will ensure a robust capacity to deter and defeat future threats. Indeed, the dangers that confront us today were, in many cases, secondary yesterday.

"It is indeed tragic that diplomacy has failed, but there are times when the use of force may be legitimate in the pursuit of peace."

Lead twenty dramatic missions in explosive war-zones including the Middle East, Central Asia, and the Balkans.

Experience the evolution of warfare firsthand as you bring superior tactics and military technology to bear against dangerous and unconventional forces. No game has been so gritty or immediate.

Use the principle of combined arms to your maximum advantage. All battlefield units - including infantry, tanks, artillery, reconnaissance and helicopters - are strongest when used together. Your men's lives depend on your level-headed strategy.

Joint Task Force™ is under development by the core team behind the best-selling Panzers: Phase One (2004).

Joint Task Force is due for release in 2006.

This game looks really really good, the units actually look like what they do in RL unlike AOW....@ OMG- Do you get an erection each time you get first post?

The game looks amazing, can´t whait for it, I think i´m gonna have a heart atack :P