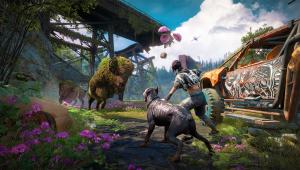 Secret Sam Fisher outfit:
The starting location for the Government Plane Wreck (fifth) expedition is randomized. Look for a rusted (brown) plane wreck. It is the body of the plane and still has two wings on it. There is also a blue ladder leading up inside the wreck. Enter the plane wreck, and interact with the laptop on the ground level (next to the only enemy on the ground level) to unlock a secret vault upstairs. Go to the upper level of the plane wreck, and interact with the vault door at the end of the room to find the secret Sam Fisher outfit behind the vault door and get the "Paladin's Secret" achievement.

Achievements:
Accomplish the indicated achievement to get the corresponding number of Gamerscore points:

Additionally, there are 14 secret achievements: