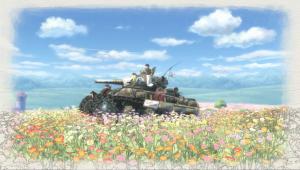 Open Slots:
There is a maximum number of units you can bring on each mission. Make sure to leave a couple of those slots empty as this will enable you to be a bit more reactive as it allows you to change your strategy for whatever the enemy throws at you.

Medics:
Although they are terrible in combat they are essential to your party as they are able to revive downed players with zero health. They are also good at topping off injured soldiers making them an ideal addition to your second wave. You need to be mindful of placement with the medic as they will only have a few turns to get to the dying soldier before they are permanently dead.

Grenadiers:
The new class in Valkyria Chronicles 4 is the grenadier and they have a large mortar cannon which they can set up in a defensive position and fire on the enemy. The grenadiers are particularly useful at taking out enemies who are high up or in cover. Make sure the grenadiers have an engineer nearby as they have a low ammunition capacity and will need to be resupplied.

Snipers:
One of the most useful units on the battlefield are snipers as they are able to provide critical damage by attacking from long range. The downside to snipers though is their low ammunition capacity. A good tactic to offset this is to pair the sniper up with an engineer who you can send out to get more ammunition.

Duo Attacks:
Keep an eye on your unit list to see who is fond of each other and try to keep a duo next to each other during a battle so you can benefit from their dual attacks which increases their collective damage. An example of this is Kai the sniper who is fond of Riley and Raz.

Enemy Heroes:
The enemy have their own set of heroes and if you can take them out you will remove CP (Combat Points) from their running tally which will give them less of a chance to turn the tide of battle. Aim for these enemy heroes first whenever possible.

Heroes:
A goods strategy even if you have no intention of using them in a mission is to take a hero along with you as doing so will increase your CP (Combat Points). If it is one of the more fragile heroes keep them in the back line to protect them because if they get knocked out you will lose the CP boost.

Save your Game:
Unlike other games which requires you to restart a battle from the beginning you will find Valkyria 4 much more forgiving as you can save after every turn which means you do not have to worry about making a permanent mistake.