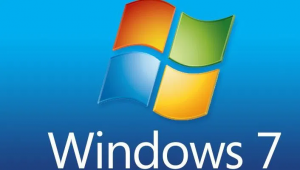 If you're still running Windows 7, it's finally time to make the leap to something newer. Preferably Windows 10, as Windows 8 doesn't have long to live either. But whichever platform you pick — even if you jump ship to Chrome or MacOS -- today is when you need to make the switch, because Windows 7 is no longer safe.

Windows 7 was released just over 10 years ago, in October 2009, having been under development for the better part of six years. Originally planned as a direct sequel to Windows XP, it fell behind Windows Vista and due to the divisive nature of that predecessor OS, it had a lot to live up to when it arrived. Fortunately, Windows 7 moved us past the failings of Vista, and into a bright new age of Aero themes, of snappy operation, faster boot times, and automated driver installations, which made operating a modern PC so much easier.

For many, this made Windows 7 a near instant success, and it's remained one of the most popular operating systems, especially among gamers, ever since. But in 2020 it's time to say goodbye, as starting today it will no longer receive security updates or improvements. Hackers also, traditionally, sit on a bunch of exploits and wait to use them on this end-of-support day, where they know they will no longer be patched.

If you're running Windows 7, it's time to be exceedingly careful. Better yet, upgrade to Windows 10.

Noooooooo inwas playing sims and all the expansions and suddenly windows was all like "your game has been deleted, windows shutting down" beeeeeoooowwww"
windows 7 is far more game friendly by a long shot,,,,windows 10 makes games crash when they take to long to load, throw in the massive amount of system resources windows 10 uses just idling,,,windows 10 takes around 30% of the ram and cpu just idling and windows 10 has a ton of crap running in the background that cant be shutdown or if its shutdown it just restarts the processes,,,, i cant disable cortana, i cant disable search functions as they just restart,,,and dont even get me started on the update processes, we cant stop it as it updates without permission,,,,windows 10 is a nightmare ,,,, simple things in windows 7 were much better ..... also ... a virus that windows 7 is immune to is running rampant on windows 10 and microsoft cant do anything about it because of the way windows 10 is programmed ...... at least windows 7 does not come with bloatware and adverts
all lies.. running a version of windows 10 from 4 years ago when it was just out the door does count. Windows 10 currently in its current state makes windows 7 feel and look tired. Windows 10 is the Hot new girl on the block,,,, Time to retire windows 7 she's ready to retire.
go away Windowz 7 (you make me sick) I abandoned you many years ago. It's time for Windowz 7 to die. I left you for Windowz 10 years ago... she's much more hotter than you Windowz 7. Ya basic ya know. Begone Windowz 7. You are like 70 years old ewww. I'm dating Windowz 10 now, she's hot and your not.
i used XP till 7 came out, long past its EOL date, and i will use 7 until something better hits the shelves . . . and for micro$hafts sake, i hope they rethink making win10 a permanent upgrade-able os, since they gutted it for half the stuff that made 7 so great
a fair amount of my older games will not run on windows 10, so you would be better off having a dual booting system.. windows 7 to play or your old games ( or virtual machine ). windows 10 for all the ones that do work