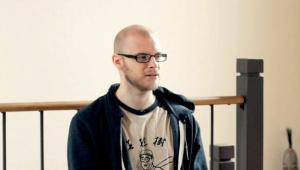 In a lengthy blog post, Super Meat Boy developer Tommy Refenes expressed his opinion that the effect of piracy is overestimated by publishers and that DRM solutions are causing more losses than piracy ever did.

“I think I can safely say that Super Meat Boy has been pirated at least 200,000 times,” he wrote. “... As a forward thinking developer who exists in the present, I realize and accept that a pirated copy of a digital game does not equate to money being taken out of my pocket. Team Meat shows no loss in our year end totals due to piracy and neither should any other developer.”

People who pirate videogames may or may not buy those games if they couldn’t pirate them, but there is no actual way to calculate that lost revenue, Refenes argued. “It is impossible to know with certainty the intentions of people. With the SimCity fiasco and several companies trying to find new ways to combat piracy and stating piracy has negatively affected their bottom line I wonder if they’ve taken the time to accurately try to determine what their losses are due to piracy.”

Refenes affirmed that retail stores such as Kmart are able to calculate their losses precisely because their stock consists of physical items that can counted and valuated. But “in the digital world, you don’t have a set inventory. Your game is infinitely replicable at a negligible or zero cost. [... ] Digital inventory has no value. Your company isn’t worth an infinite amount because you have infinite copies of your game. As such, calculating worth and loss based on infinite inventory is impossible.”

“You cannot, with any accuracy, state that because your game was pirated 300 times you lost 300 sales. You cannot prove even one lost sale because there is no evidence to state that any one person who pirated your game would have bought your game if piracy did not exist.”

Refenes then questioned the logicality of using expensive DRM solutions to reduce the intangible losses caused by piracy. “You spend $X on research for your new DRM method that will prevent people from stealing your game. That $X is a line item in accounting that can be quantified. Can you then say “This $X we put into research for our DRM gained us back $Y in sales”? There is no way to calculate this because it is not possible to quantify the intentions of a person. Also, there’s no way of accurately determining which customers would have stolen the game had there not been DRM.”

In addition to the R&D costs required to develop new and more effective DRM solutions, those solutions usually lead to direct and quantifiable losses due to refunds and loss of customers. “I’d take any amount of pirates over one return due to disappointment any day,” affirmed Refense.