Nvidia is throttling GeForce Now "Priority" gamers to under 60 FPS 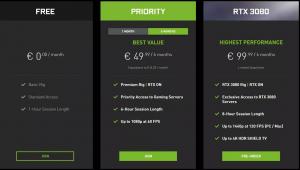 Nvidia has admitted that gamers paying for the "Priority" tier of its GeForce Now game streaming service are not getting 60 FPS in every game they play, and it's quite deliberate. After introducing a new "RTX 3080" tier, which is double the cost of the previous top subscription tier, it's begun lowering frame rates in games where the hardware in its servers just reportedly can't deliver a consistent experience.

Gamers began noticing this in particular games over the past few weeks, where they would see their 1080p experiences never exceeding 45 or 50 FPS, despite paying for an experience that promised such performance. Nvidia support gave unofficial responses to the problem, but now it's coming out with an official statement that confirms it has begun to throttle the experience for a number of AAA games.

"For our Priority Members, the maximum frames rendered per second is generally set to 60, or higher, for most of the 1,100+ games we’ve onboarded so far," Nvidia said. "There are some exceptions that we determined do not run well enough at 60 FPS on the GPUs used by Priority members. So the default OPS for these specific graphics-intensive games cannot be overridden. This is to ensure all Priority members are running a consistent, high-quality experience. However, we do continue to stream these games at 60 FPS."

The RTX 3080 tier, isn't subject to this problem, with promises of "up to 1440p and 120 FPS," though it appears from Nvidia's clever wording here, that may not be always consistent either. It's also not clear if Nvidia plans to never update the hardware in its servers, or whether Priority Members will always be stuck on a weaker experience as games become more demanding.

Games that are currently facing throttling include:

All of these games throttling between 45 and 55 FPS. Some will let you set a target FPS of 60, though most do not. 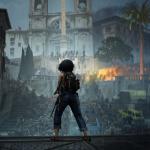 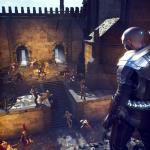